State Aided Jihadist Genocide Is Going On In Southern Kaduna

By Southeast Based Coalition of Human Rights & Democracy Organizations-SBCHROs 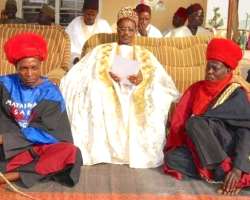 SBCHROs: Onitsha, Eastern Nigeria, 23rd May 2020:The leaders of the Southeast Based Coalition of Human Rights & Democracy Organizations-SBCHROs; a body of over 20 rights and democracy groups based in the Southeast part of old Eastern Nigeria are strongly alerting the world including western democracies, local and int’l human rights organizations, internationally respected personalities, apostles of justice and other people of good conscience concerning ceaseless, systematic and coordinated attacks on mostly indigenous Christian communities in Southern Kaduna; an area with seven Local Government Councils and not less than 67 registered ethnic nationalities. We are in pains and heart-bleeding over combined and coordinated efforts by concerned state actors and Jihadist Fulani Herdsmen to wipe out the indigenous Peoples of Southern Kaduna. These, they anarchically seek to achieve through ethno-religious cleansing of alarming apogee.

As a matter of fact, under the international law (criminal, humanitarian and human rights), the attacks and killings; looting, plundering and destruction of properties as well as sexual violence and depopulation in Southern Kaduna are all nothing short of ‘jihadist genocide perpetrated under state cover and protection’. We have watched with total dismay and deepest concerns the level of state conspiracy, cover and protection in the jihadist genocide in Southern part of the State. These are perpetrated with utter alacrity because the perpetrators and their patrons must have concluded wrongly that with foisting of a mole at the Presidency of the Int’l Criminal Court, their days for justice or accountability are totally sealed and never to come. The Adara Community, the group victim of the latest butchery, had on 26thOctober 2018 lost its Christian traditional ruler, HRH, the Agom Adara, Maiwada Galadima. He was killed by his abductors seven days after his abduction by suspected Jihadist Fulani Herdsmen.

We therefore make bold to say and conclude that malicious state actors at federal and state levels in Nigeria are copying and replicating ‘the Omar Al-Bashir era Janjaweed jihadism and ethnic cleansing’ in Sudan; perpetrated grisly at ‘industrial scale’ in the country’s Darfur Region. The state actors’ conspiracy in the Southern Kaduna butcheries is circumstantially and vicariously depicted by their total inaction and nonchalance; to the extent that 50 persons were killed in the same area in the past two weeks with the state actors especially the Government of Kaduna State and the State Police Command and the military pretending as if nothing has happened.

But what we have seen and still see in the case of Southern Kaduna is nothing short of crass immorality, shamelessness and conscienceless display of collusion and conspiracy by relevant state actors. The Constitution clearly and unambiguously provides in her Section 10 for religious secularity and non imposition of any religion as ‘state religion’, but in practice, current state actors have circumstantially and vicariously moved toward radical Islamism or jihadism. In Section 38, the Constitution clearly guarantees citizen’s right to freedom of thought, conscience and religion, but in practice, the concerned state actors are promoting the acceptance of radical Islamism ‘as the beginning of wisdom for the citizenry’. The Constitution also in her Section 14 (2) (b) commands the state actors to ensure security and welfare of the general citizens, but in practice, the security and welfare of any citizen in Nigeria or any part thereof including Southern Kaduna is interpreted by state actors to mean toeing the line of radical Islamism as the only way of being secured and cared or catered for; to the extent that the Fulani population and their Jihadists enjoy the country’s best security protection and care, as against the threatened populations who are least protected and cared or catered for.

Similar state actors’ sacred and inexcusable responsibilities are handed down by Section 17 (1) (b): (sanctity of human life and dignity of human person), Section 42 (freedom from discrimination) and Section 43 (right to dwelling house and property); yet in practice, the current Nigerian state actors have not only jettisoned these sacred constitutional commandments, but have also molded and modeled the country after a Hobbesian state of nature where only the wicked, the beastly and the conscienceless survive and rule; thereby making human and societal life brutal, short, nasty, barbaric, riotous and anarchical.

We therefore condemn strongly the massacre of no fewer than 50 defenseless indigenous Christians in the past eleven days (11th May: 17 deaths, 12th and 13th May: 12 deaths and 18th to 21stMay: 20 deaths) and injuring of dozens of others and burning or destruction of their properties by Jihadist Herdsmen in different parts of Southern Kaduna. The mass atrocities had taken place in the past two weeks with the state and its security actors looking the other side. According to a research group member of this Coalition, Intersociety, quotingthe Southern Kaduna Peoples Union, SOKAPU, “no fewer than 17 defenseless Christians were hacked to death by Jihadist Fulani Herdsmen around 11:30pm late Monday night of 11thmay 2020 in Gonan Rogo village, Kajuru Local Government Area of Kaduna State during which six others were injured”.

Twelve defenseless Christian citizens were also killed by Jihadist Fulani Herdsmen on 12th and 13th May 2020 in Kaduna. This was according to the President of the Adara Dev Association, Mr. Awema Dio Maisamari. The attacks took place in Bakin- Kogi, Idanu and Makyali communities in Kajuru Local Government Area of Kaduna State. During the attacks on Makyali, around 7am on 13th May 2020, seven Christians were killed and in the attacks on Barkin Kogi and Idanu that took place on Tuesday, 12th May, around 7pm; five more Christians were killed.

The massacre continued into Monday, 18th May to Thursday, 21st May 2020, during which, at least 20 Christians were killed and dozens of others injured. Scores were also abducted. The latest attacks took place in the remote settlements of Magunguma, Idazo, Ungwan Galadima, Ungwan Guza, Etissi, Ungwan Magaji, Ungwan Dantata, Ungwand Arahia 1 & 2, Ungwan Goshi, Ungwan Shaban, Ungwan Jibo, Ungwan Maijama’a, Ungwan Sako, Ungwan Maidoki and Ungwan Masaba; all satellite settlements of Kallah, Libere and Gefe towns. The above account was contained in a press release issued on Thursday, 22nd May 2020 by Mr. Awemi Dio Maisamari, President of Adara Development Association in Southern Kaduna.

The statement further disclosed that ‘107 Adara natives were killed in 63 Fulani terror attacks since January 2020 during which 49 persons were injured, 66 men/women/girls abducted for ransom, more than 111 houses burnt, 32 villages destroyed and over 20, 000 persons displaced’. Most of the displacement took place in the past two weeks. The statement substantially chronicled the Fulani terrorist activities/attacks in Adara Land since 2016; disclosing that ”from 2016 to date (22nd May 2020), more than 209 Fulani terrorist incidents and attacks occurred with almost 722 deaths, 198 injured, 231 abducted, millions of naira paid in ransom, 817 houses destroyed or burnt and over 30, 000 persons displaced”.

Seven Christian Women Abducted & Forcibly Converted To Islam: No fewer than seven women including a married Christian woman were abducted in the months of March and April 2020 (23rd March and 30thApril) and married off to radical Muslim men and forcibly converted to Islam. Five, out of the seven were kidnapped in Kaduna and one in Kano. The married Christian lady among them was abducted from her marital home in Katsina and forcibly married off to a radical Muslim man. This shocking story was according to the Christian Persecution Int’l, published on 18th May 2020, quoting the International Christian Concern and the Hausa Christians Foundation (HACFO). The story added that “out of the five girls abducted in Kaduna, three have been rescued and two remained in captivity till date” and that “the Christian marriage of the only married woman among the seven abductees who was a mother of two living with her husband in Katsina State, has been nullified by Muslims”.

It is therefore heart breaking noting the level of state conspiracy in the ongoing Southern Kaduna butcheries. Apart from the conspiratorial body language of the Government of Kaduna State, as clearly indicated in its recent abolition of the age long Muslim-Christian harmony and political alliance and its replacement with interfaith acrimonious ‘Muslim-Muslim Gubernatorial Ticket’ and “Fulanization” of the State hitherto secular traditional institution as well as persecution of the State indigenous tribo-Christian leaders; the security agencies and their chiefs are also not helping matters. Recent tweets by Comrade Steven Kefas, confirmed by some international researchers working on massacre of indigenous Christians and others in the State are a clear case in point.

It was reported how fourteen soldiers brought by Southern Kaduna leaders and their local vigilantes; retreated from a hill where the Jihadist Fulani Herdsmen had escaped to after their attacks of 13th May 2020. Joining the vigilantes in search of the Jihadists at the hilltop, the soldiers refused to return fire when rained with bullets fired by the assault rifles’ wielding Jihadist Herdsmen or make professional efforts at having them arrested; saying “they are under instructions not to fire any shot at them”. In the end, the soldiers retreated with the local vigilantes who accompanied them. This, the soldiers did without any single arrest till date; five to eight days after (18th to 21st May), the Fulani jihadists came back and killed 20. Again, about 48 hours after the attacks of 18th April 2020, some villagers recovered from one of the Jihadists a GSM mobile phone containing 26 contacts and among their malicious contacts were serving soldiers of the Nigerian Army.

Few days before the last attacks of 18th to 21stMay 2020, villagers who later came under attacks reported the hovering of a strange helicopter in their area and less than 48 hours later, the attacks took place killing no fewer than 20 defenseless natives. According to them, the helicopter is either security or Government owned; hovering with malicious intents and that each time it hovers, it simply means that Jihadist Herdsmen attacks in the area are imminent. It was on account of these that Comrade Kefas felt threatened by the Army authorities and raised alarm, saying “there are strong moves or indications that the Army authorities are bent on having him arrested or disappeared for revealing the above happenings”. These are just to mention but a few.

Finally, we hereby deeply console with the leaders of the Adara Development Association led by Mr. Awema Dio Maisamari and the Southern Kaduna Peoples Union (SOKAPU) led by Mr. Jonathan Asake as well as the entire predominantly Christian communities in Kaduna State over the killings in their area in the past four months and three weeks. We further mourn and sympathize with them concerning the butcheries and material destructions that have befallen them in the past twelve years or since 2008 or before then. We commend their unyielding stand and boldness in speaking out consistently with graphic facts.

We are together in solidarity with them and shall never act like those who feel unconcerned forgetting that ‘injustice or insecurity or gross rights abuse or jihadism anywhere is a serious threat to justice or security or human rights or secularity everywhere. We encourage them to consistently speak out; bearing in mind that ‘the rights of any ethnic nationality to exist, develop, worship and be identified as members of Godly created human family can never be taken away or shackled. Those who ride on the back of transient state powers to perpetrate and perpetuate atrocities of unspeakable proportion against their fellow humans and their properties must have foolishly thought that they will ride on the back of such time bound powers forever. Woe also betides those who think that ‘violence begins and ends with AK-47 rifles and their kinsmen in the corridors of power or command and control khaki uniforms’; forgetting that in modern theory of violence, there are over 1000 forms of same and nobody has monopoly of same. Members of Southeast Based Coalition of Human Rights & Democracy Organizations-SBCHROs;