Lagos DPO Arrested For Killing A Police Sergent Working Under Him 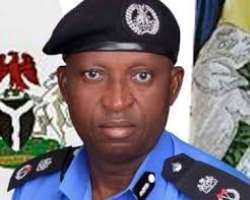 The Divisional Police Officer of Ilemba Hausa under the Lagos State Police Command, Chief Superintendent of Police Yahaya Mohammed Adeshina, has been arrested over allegations that he shot and killed a Sergeant working under him, Onalaja Onajide.

This was revealed by the spokesman of the Lagos State Police Command, DSP Bala Elkana, in a statement on Thursday.

Elkana said the Commissioner, Lagos State Police Command, Hakeem Odumosu, ordered the transfer of the case to the State Criminal Investigation Department, Yaba for discreet investigation following reports received by the Command alleging Adeshina shot Onajide while dispersing crowds that gathered in front of the Station.

The DPO was arrested and detained at the Sate CID for investigation.

His rifle has also been retrieved for forensic examination, with the Command ordering that autopsy be carried out on the deceased Sergeant.

Odumosu expressed his heartfelt condolences to the family and friends of the fallen colleague and assured them that the Command will stand with them in this moment of grief and ensure that justice prevails.

The report forwarded to the Command Headquarters by the DPO on May 16, 2020 at about 3pm stated that unknown gunmen fired gunshots at the Divisional Police Officer and Onajide, who was the Station Guard.

The report went further to state that while the DPO survived the gunshot, the Station Guard did not.

The DPO further reported that two suspects were arrested in connection with the crime.

The two suspects initially arrested were said to be deserted soldiers.

Elkana said the Command will hand them over to the military authority for further investigation.