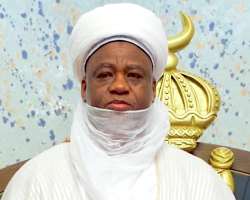 The Federal Government has declared May 25 and 26, 2020 as public holidays to mark 2020 Eid-el-Fitr celebration.

The Minister of Interior, Rauf Aregbesola, made the declaration on behalf of the Federal Government through a statement by the Director of Press and Public Relations of the Ministry, Mohammed Manga, on Thursday in Abuja.

Aregbesola congratulated all Muslim faithful for the successful completion of the Ramadan fast.

He called on Muslims to replicate the life of kindness, love, tolerance, peace and good neighbourliness as exemplified by the Holy Prophet Muhammad.

The Minister expressed concern about the spate of ethnic conflicts that have resurfaced in some parts of northern Nigeria in recent times.

He advised Nigerians to see themselves as a single entity and thus learn to tolerate one another despite their ethnic and religious differences.

Aregbesola assured Nigerians that the administration of President Muhammadu Buhari “is fully committed to battling the scourge of COVID-19 with the cooperation of all Nigerians.”

He commended the security agencies for the successes so far recorded in the fight against the Boko Haram insurgency in the North East.

The minister, however, called on Nigerians to take responsibility against the spread of COVID-19 and also stay safe by observing physical and social distancing, personal and respiratory hygiene as well as other regulations issued by relevant authorities.

Aregbesola reminded Muslims to always obey constituted authorities as stated in the Glorious Qu’ran 4:59, where Allah says: “O ye who believe! Obey Allah, and obey the Messenger, and those charged with authority among you.”

‘If ye differ in anything among yourselves, refer it to Allah and His Messenger, if ye do believe in Allah and the Last Day: That is best, and most suitable for final determination’.

The minister wished all Muslims a happy Eidul-Fitr celebration.

Meeanwhile, the Jama’atu Nasril Islam has urged Muslims nationwide not to attend the Eid-el-Fitr congregational prayer as part of measures against further spread of Coronavirus Disease.

Dr. Khalid Aliyu, the Secretary General of the JNI, with the Sultan of Sokoto, Alhaji Sa’ad Abubakar, as President, said this in a statement on Thursday in Kaduna.

Aliyu said Muslims should observe the eid prayer in their homes either individually or with family members.

Aliyu said the decision to suspend the prayer was taken by the JNI Fatwa Committee under the leadership of Sheikh Sheriff Ibrahim Alhusainy.

He said: “The committee after due consultations, as well as considerations of the current state of COVID-19 pandemic and the serious threat it poses to life, reached the following decisions.

“Eid-el-Fitr congregation in the outskirts of towns and cities should be temporarily suspended.

“Eid-el-Fitr Prayer be observed at home with family members or alone in case there isn’t anyone with him or her, at home.”

However, Aliyu noted that in states where Governments have reached concrete decisions to observe the Eid-el-Fitr prayer based on medical experts advice, strictest measures of distancing, face masks and sanitizers be taken to protect worshipers.

“In this case neighborhood mosques can be utilized if it becomes necessary.”

He urged Muslim scholars to fear Allah and be matured enough in guarding their utterances and actions for the overall interest of Islam and the Ummah.

Aliyu said: “Nigerian Muslims are therefore called upon to reflect their minds to the good virtues of the month of Ramadan and keep to its teachings all through their respective lives, as the Lord of Ramadan, is still and shall remain.

“The Lord of other months, above all keeps the records of our actions and inactions. More so, Muslims are reminded to keep to the ordinances of the Glorious Qur’an, for the prestige of the Muslim Ummah.

“Muslims are urged not to forget the Sitta-Shawwal, that is the six days recommended fasting that follows Ramadan as recommended by Prophet Muhammad (SAW).

“While wishing us all Allah’s pardon in these sacred days and after, we pray fervently for an accepted Ramadan Fasting as well as the Eid.”