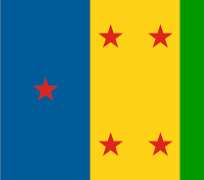 Someday, the mystery surrounding your death will be unraveled and the Ogoni 9 (Ken Saro-Wiwa & 8 others) exonerated by the Nigerian Government.

It is a debt that will be paid no matter how long. Justice can only be delayed but can never be denied.

To the countless unsung heroes of the struggle we lost who were not prominent like my childhood friend Late Nwitorge Zua who was shot in the chest and died on the spot in Bori by Major Paul Okuntimo, you will always be remembered as well.

I still strongly believe that you all did not die in vain even though the struggle has been reduced to a meal ticket by criminals.