BudgIT calls for the investigation of allegations against the Speaker, Lagos State House of Assembly and Advocates for Fiscal Transparency of the National and State Legislatures 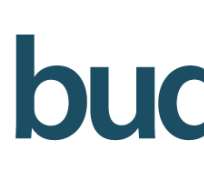 BudgIT Foundation, a leading non-governmental organisation in the advocacy for openness, transparency and accountability in Nigeria, calls on the appropriate anti-corruption agencies to look into the series of reports directly implicating the speaker of the Lagos state House of Assembly over misappropriation of public funds for personal use.

The Speaker of the Lagos State House of Assembly, Hon. Mudashiru Obasa, has been accused of financial impropriety and misappropriation of N257m, N17m and N53m, with the latest of the same allegation being the receipt of N80m estacode by himself, his deputy and 17 others for attending a five-day event in Dubai amidst the fight against COVID-19.

This allegation corroborates our claim that the legislative arm of government has been largely non-responsive to the calls for transparency and accountability both at the federal and state levels, and these present allegations deepen the culture of disregard for transparency in the management of public funds. Recall that we have severally called out even the National Assembly through the #OpenNASS campaign over the years regarding the lack of transparency with its statutory allocations. It is disheartening that lawmakers, both at the national and state levels, are not being held to the highest standards of scrutiny. It has become imperative to emphasize the need for both the national and state houses of assembly to be above board by entrenching a framework for fiscal transparency and accountability.

BudgIT through the Open Alliance Initiative, is at the forefront of advocacy for fiscal transparency in Lagos state, through the support of the Rule of Law and Anti-corruption (RoLAC) programme funded by the European Union being implemented by the British Council in five states; Adamawa, Anambra, Edo, Kano and Lagos. While the current administration has made some progress to #OpenLagos, it is important that fiscal transparency cuts across all arms of government and should be founded on a solid legislative framework.

BudgIT calls on ICPC and EFCC to be proactive in investigating these allegations, to show their seriousness in fighting corruption in the country, as well as to elevate public confidence in the government. We also encourage other Civil Society Organisations to be bold in their advocacy and commitment to an open and inclusive government that encourages accountability and foster development at the national and subnational levels. Every true system of democracy has as its core, accountability to the people. The national and state legislative houses have not lived up to this ideal and this has got to change.