How NAHCON Was Saved From Oronsaye Report Hammer (II) 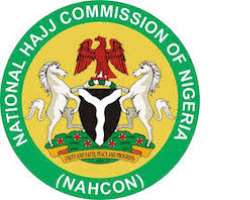 Also on the 4th of September 2019, President Muhammadu Buhari directed the Federal Executive Council to deliberate on the Steve Oronsaye report on reform of government agencies to guide its public service reform.

The Director-General of the Bureau of Public Service Reforms (BPSR), Dasuki Arabi, who disclosed the development to Journalists then said “The president has given his nod for the secretariat on mplementation of Oronsaye white paper report to move ahead with that and I am confident that it is going to be done anytime soon.

With specific regards to NAHCON and NCPC, the Adoke committee rejected all the recommendations on the two bodies as well as taking note of two others as contained in the white paper reports. .

3. That Pilgrims be encouraged to save for their individual religious obligations.

As a Muslims and someone who has been in the system, I can authoritatively say that this recommendation is totally out of place because every Nigerian pilgrim going for Umrah (lesser hajj) or Hajj proper paid for services they enjoy both onshore and offshore. Air Fare, Makkah Accommodation, Madinah Accommodation, Feeding, United Agents Fees, suitcases and the Hajj fare they pay contained 800 Dollar BTA.

Moreso, the federal government did not pay for people to just go and perform hajj. Perhaps, the recommendations were based on states governments that hitherto do sponsor or augmenting pilgrim’s accommodation fee in Makkah. This is the only area where public funds are being used for pilgrims directly.

Though, some state Governors under APC administration has abolished issue of "state government-sponsored Pilgrims and accommodation subsidy. The 3rd board of NAHCON fought hard and succeeded in putting a stop to issue of a state government using public funds to "augmenting pilgrims’ accommodation cost – an exercise that brought so many media campaigns against the NAHCON.

It is my prayer that the States Muslim Pilgrims Welfare Board will not go back to the policy of asking Pilgrims to pay certain amount and for state government to augment the balance in respect of pilgrim’s Makkah accommodation fee. Such drawback policy will vindicate the Oronsaye report and further gave room for people to commence a campaign of calling for the scarping of hajj agencies.

4. That the National Hajj Commission of Nigeria and the Nigerian Christian Pilgrims Commission be abolished and their functions transferred to a department under the Ministry of Foreign Affairs;

The first body established by the Federal government to manage Hajj in 1975 was the Nigerian Pilgrims Board. Later the function was transferred to the directorate of pilgrims’ affairs under the supervision of foreign affairs ministry. Those who are in the system know the sorry state of Hajj affairs under the ministry of foreign affairs supervision.

It was an era characterized by poor coordination and corrupt practices. For three years (2000, 2005, and 2006) Nigeria was known for seeking for an extension of airport closure deadlines and despite granting of such extension, we often fail to airlift our pilgrims. In 2005, over 15, 000 pilgrims were left behind.

Saddened by the development, President Olusegun Obasanjo initiated a reform that will solve Hajj problems once and for all by establishing a body independent of the bureaucratic bottle-necks and other interferences of any Government Ministry. After the 2005 Hajj exercise, Stakeholders on Hajj were invited from all over the country and from various fields.

Mallam Nasir Ahmed El-Rufai, the current Governor of Kaduna State, Dr Usman Bugaje, the pioneer EFCC Chairman, Mallam Nuhu Ribadu, the immediate past Chairman of NAHCON, Barr Abdullahi Mukhtar Muhammed were among those that attended the stakeholders' parley. My sources informed me that the previous Chairman of NAHCON, Barr Abdullahi Mukhtar Muhammed was the youngest during the stakeholder meeting and he was among those that make impressive contribution.

The outcome of the stakeholders meeting gave birth to the National Hajj Commission of Nigeria via NAHCON (Establishment Act), 2006.

Among the top 10 hajj participating countries, no country domiciled its Hajj body under the Ministry of Foreign affairs, rather establishing a different Ministry or Agencies to handle Hajj operations. Saudi Arabia has a separate Ministry for Hajj and Umrah aside Ministry of Foreign Affairs. Pakistan’s Hajj body is headed by a Minister of Religious Affairs. Malaysia Tanbung and Diyanet of Turkey are an independent and financially autonomous Hajj body. So why must Nigeria be different?

The current media negativity on Oronsaye report should be a wakeup call for the 4th board of NAHCON. Policies that are geared towards making NAHCON a financially autonomous agency should be consolidated upon as anything short of this will return us to the era of tagging Hajj agencies as parasitic. With the dwindling oil revenue and the destruction that COVID -19 has done to the economy, it will be a mirage to hope for any financial leverage from the federal government during Hajj operations.

Finally, the task ahead is now on the 4th board of NAHCON, a path has been created, a blueprint has been mapped out and a way to self-reliance has been laid by the previous board in line with the vision of the founding fathers of NAHCON. The onus lies on them to build upon, consolidate, and initiates laudable policies so we can have a Muslim Hajj body that can rival Tambung Hajj of Malaysia. With their years of experience in hajj operations, I have confident that the 4th board will lead the commission to the promised state.

I decided to dwell into background on issues that culminated on Oronsaye report because what transpired in that report is like a Television drama that you will never know the message it is passing until the very end.