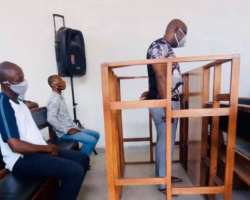 After fourteen days at isolation center, Mr. George Udom who was arrested by men of the Nigerian police is to regain his freedom after a magistrate court sitting in Uyo granted him bail on Thursday, May 14, 2020.