How NAHCON Was Saved From Oronsaye Report Hammer (I) 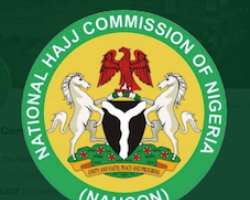 Contrary to some media reports, the National Hajj Commission of Nigeria (NAHCON), will not be scrapped along with the National Christian Pilgrims Commission (NCPC), because the Federal government had rejected such recommendations through a white paper.

Following the recommendation for the scrapping of the two commissions by the Steven Oronsaye committee, a White Paper drafting committee was set up by the government of President Goodluck Jonathan under the chairman of then Attorney General and Minister of Justice Mohammed Bello Adoke.

The Oronsanye committee had recommended that both the National Hajj Commission of Nigeria and the Nigerian Christian Pilgrims Commission be abolished and their functions transferred to a department under the Ministry of Foreign Affairs; and that the enabling laws of the two Commissions be repealed accordingly.

However, NAHCON survival was due to the collective efforts of the followings: Mallam Musa Muhammed Bello, the Minister of FCT and the pioneer Chairman of NAHCON, John-Kennedy Opara the pioneer Executive Secretary of Christian Pilgrims Commission and Barr Abdullahi Mukhtar Muhammed, mon, the immediate past Chairman of NAHCON. Their strong and logical presentations both formal and informal resulted in the rejection of the report as contained in the white paper.

Nonetheless, the Oronsanye report had noted three recommendations which are: 1) that the federal government restricts itself to the provision of consular services and vaccine for Pilgrims 2) That the Government stop granting concessionary foreign exchange rate to pilgrims 3) that the Federal Government stops sponsoring pilgrims and pilgrimages..4) That Pilgrims be encouraged to save for their individual religious obligations,

I will restrict myself to the recommendations that refer to NAHCON and also x-ray the rejected recommendation that prescribed the dangerous pill of scrapping NAHCON and transferring its function to a department in the foreign affairs ministry.

The first part of this piece will address issue of federal government restricts itself to the provision of consular services and vaccine for Pilgrims; and the suggestions that the Government stop granting concessionary foreign exchange rate to pilgrims. The second part will analyse issue of government sponsoring pilgrims and suggestion that NAHCON be scrapped.

Here are my observations on the reports and why I humbly posit that those recommendations which could have resulted in the disbandment of NAHCON shouldn’t have been tabled in the first place.

First, the committee recommends that the federal the government restricts itself to the provision of consular services and vaccine for Pilgrims.

This recommendation is somewhat watery because every citizen of Nigeria travelling outside the country is provided with consular services and internationally accepted vaccines. It is not a special favour accorded to Hajj or Umrah Pilgrims; rather a basic government responsibility to her citizens. Even at that, Nigerian Hajj or Umrah pilgrims pay for their yellow cards as part of medical travel documents. So, what is extraordinary in the provision of consular services or vaccines for pilgrims that could have necessitated the Oronsaye committee to sight this as a basis of their recommendations to government to wind up NAHCON?

2) The committee recommended the stoppage of granting concessionary exchange rate to pilgrims.

Unknown to many, the administration of former President Olusegun Obasanjo commenced the withdrawal of concessionary rate and it was billed to end in 2015.

On coming to power in 2015, the administration of President Buhari was advised against executing the final punch of total withdrawal of concessionary exchange rate to pilgrimage.

In the alternative, President Buhari directed that people should be sensitised that the government cannot continue to grant concessionary exchange rate to pilgrims. Sensitization programme and town hall meetings were organised in geo-political zones and States.

However, President Buhari position becomes more unsettled due to mind-boggling amount of money being expended on the concessionary exchange rate and pressure from local and international economists who argued that "the government cannot be granting a concession to religious bodies and ignore business enterprises. Also, an Anambra based Lawyer Nwafili Okwuosa Esq had in November 2017 filed court processes in court challenging the continued sponsorship of Muslim pilgrims by the federal government. The case filed at the Awka division of the Federal High Court has then had the federal government and the National Hajj Commission of Nigeria as the defendants.

The bubble finally burst in 2017 when the government withdrew the concessionary exchange rate and Hajj fare rose to 1.5 million naira.

However, in 2017, the dollar was reduced to $4, 725 but the exchange rate rose to 305. Consequently, the Hajj fare rose to N1.5 million naira in 2017. As such, the ongoing efforts to bring down the hajj fare without compromise the quality of services need the support of all stakeholders.

.
However, the process of hajj fare reduction started a long time ago but the impact could not be felt due to the cancellation of concessionary exchange rate.

If the exchange rate of 197 in 2016 was maintained in 2017, 2017 Hajj fare dollar components could have been less than 2016 dollar components by $300; and that means the 2017 hajj fare could have been less than 2016 hajj fare by N59, 100 with the same standard of service. This statistics were collated by HAJJ REPORTERS when NAHCON made presentation at the national assembly.

The bullet point here is that the increase of the 2017 hajj fare was, as a result, of federal government’s withdrawal from granting concession on the exchange rate to pilgrims which resulted in the increase of foreign exchange rate from N197 to N305 as repeatedly stated by previous NAHCON permanent and non permanent Commissioners at different fora.

Back to Oronsaye committee reports. Sensing the danger of continued reliance on the federal government to augment Hajj, the immediate past 3rd board led by Barr Abdullahi Mukhtar Muhammed began “operation self-reliance” to look inwards on how to generate revenue to fund Hajj operations. Activating of bHajj Saving Scheme, Hajj Training Institutes, and building of hotel-like structure and event centres across hajj camp are geared toward self-reliance.

NAHCON utilizes service charge from Hajj service providers without compromising on the quality of services rendered to Pilgrims to augment its financial base as provided for in the NAHCON establishment ACT.

Again, since 2014, financing of NAHCON’s off-shore budget by the federal government has been on the decline up till 2019.

The yoke was finally broken in 2019 when federal government’s contributions stood at zero while NAHCON funded the entire Hajj operation (off-shore and on –shore) thereby detaching NAHCON from the clutches of government funding – the pillar in which Oronsaye report was erected. These statistics was made public by previous NAHCON permanent and non permanent Commissioners at different fora.

When Hajj reforms started bearing fruits, NAHCON was able to fund 2019 Hajj and paid estacode to its staff.

In a nutshell, the 3rd board has killed Orosnaye committee and the religions aspect of national confab reports. More importantly, the Nigeria Supreme Council for Islamic Affairs had earlier urged Federal Government to hand over NAHCON to the body with a promise to makes NAHCON a self sustaining agency.

Based on this analysis, it now clear that some of the policies embarked upon by the previous board that are not well understood by the public are actually meant to put NAHCON on a strong pillar and block any avenue that can make Federal Government to reconsider the Oronsaye report for implementation. The previous board members seem to be the Nostradamus of hajj - the men who saw the future of hajj administration in Nigeria. This is how NAHCON was able to stand on its feet thereby saving itself from the Oronsaye reports hammer.