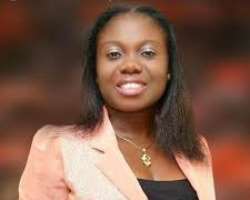 Chinenye Iwuoha, a presenter with Federal Radio Corporation of Nigeria, Pacesetter FM, Umuahia, Abia State, who was abducted on Monday night has regained her freedom.

The Commissioner of Police in the state, Jane Agbede, confirmed the release of the journalist to newsmen in Umuahia on Thursday.

Agbede said Iwuoha was released unconditionally on Wednesday night by her captors, following heavy pressure from the police.

The News Agency of Nigeria reports that Iwuoha was kidnapped by armed bandits while returning from work.

It was learnt that the suspects accosted the official Toyota Hikux van conveying home the victim and General Manager of the station, Uche Ndukwu.

The suspects reportedly shot several times at the driver, Kingsley Onyeokuche, before taking Iwuoha away to unknown destination, while the GM and another occupant of the vehicle escaped unhurt.

The yet-to-be identified kidnap suspects were said to have demanded N20 million ransom before they would release her.

Meanwhile, Onyeokuche, who was reportedly rushed to the Federal Medical Centre, Umuahia, where the bullets were extracted, was said to be responding to treatment.