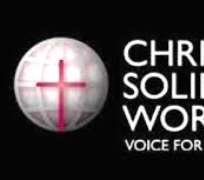 A family of four was shot and injured on the evening of 5 May by armed assailants who invaded their home in Ghana Ropp, Barkin Ladi Local Government Area (LGA), Plateau state, Nigeria, and opened fire at close range as they were praying in their sitting room. The attack was the latest in a series of armed assaults on Christian communities in both Plateau and Kaduna states that continue despite the imposition of COVID-19 related lockdowns in both states.

Armed assailants, reportedly of Fulani origin, broke into the family’s home and proceeded to shoot Rev. Canon Bayo James Famonure, headmaster of Messiah College and leader of Calvary Mission (CAPRO) and Agape Missions, in the forehead and leg. His wife Naomi was shot in the back, and their sons Adua and Victor were shot in the feet, after which the assailants fled the area.

The family was later carried to hospital in the Plateau state capital, where Mrs Famonure underwent surgery to remove a bullet in her back, which had fortunately missed her spinal cord and other internal organs by inches. In addition, the bullets fired at the Rev. Canon had not penetrated his forehead or hit the bone in his leg. Both are reported to be “tired, but in good spirits,” and remain hospitalised, along with their son Victor. Adua Famonure has now been discharged, and a security detail has been posted at the family’s home.

The attack is the latest in a series of coordinated assaults on Christian communities in Plateau and Kaduna states by armed assailants of Fulani origin that continue unabated despite the imposition of COVID-19 related lockdowns in both states. On 3 May, four members of the Evangelical Church Winning All (ECWA) were ambushed and killed by Fulani assailants as they travelled by motorcycle from Kwell village to Miango Town in Plateau state.

In a press statement issued on 25 April, the Southern Kaduna Peoples Union (SOKAPU) reported that communities in three southern Kaduna LGAs had suffered coordinated armed attacks within a 48-hour period. On 23 April, assailants attacked the village of Atang, near Gidan Waya in the Godogodo Chiefdom of Jemaa LGA, at around 10pm, abducted the son of the Chief of Godogodo Chiefdom, Emmanuel Iliya Atang, and subsequently demanded a N30 million ransom (approximately USD $76,900).

The following day, armed Fulani herdsmen attacked Kujeni village in Kajuru LGA in broad daylight, killing 25 year-old Geoffrey Zakka, injuring a woman and a child and razing 25 buildings to the ground, including a church and vicarage belonging to ECWA. On the same day, Thomas Micah, 42, a married father of seven, was attacked and murdered on his farm at Makyali village in Kajuru LGA.

In other news, police in Kaduna state have arrested the alleged killer of 18 year old seminarian Michael Nnadi , who was kidnapped along with three fellow students by men dressed in military fatigues after they invaded Good Shepherd Seminary on 8 January. In an interview with Nigerian media, his killer said he had murdered Mr Nnadi because he would not stop speaking about his faith.

The Reverend Yunusa Nmadu, General Secretary of ECWA and CEO of CSW Nigeria, said: “We condemn the appalling attack on Reverend Canon Famonure and his family, and we pray for their speedy recovery. The relentless campaign of violence against Christian communities in Kaduna and Plateau, which continues despite the existence of lockdowns in both states, is both perplexing and entirely unacceptable. The fact that these armed assailants are able to attack at will constitutes a security emergency, and every relevant federal and state agency should be brought to bear to ensure the investigation, arrest and prosecution of the perpetrators and their enablers. The cycle of impunity must be brought to an end. Only the presence of security and justice will prevent retaliatory violence from taking hold. The time for federal and state authorities to guarantee security, welfare and the sanctity of life of the Christian community in these areas is long overdue.”