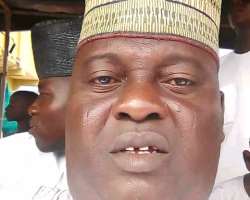 The statement stated, “with a heavy heart and total submission to the will of the Almighty, we regret to announce the passing away of Zonal Coordinator NEMA Northeast, Alhaji Ahmed Saidu Minin after a brief illnes “

"He died on Tuesday afternoon in Maiduguri after a brief illnes. "

Alhaji Ahmed Minin who hails from Niger state and assumed office as the Zonal Coordinator on January 3, 2019 afternoon taking over from the late Zonal Coordumator who died at Barwee Hotel where he lodged. He only spent about three weeks at Jos Zonal Office.