Nigeria: How Not To Mismanage the Covid-19 Pandemic 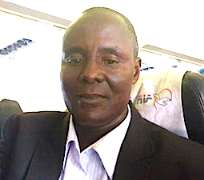 Even though by 2015, the ruling Peoples Democratic Party (PDP) had performed below the high expectations of many Nigerians and had rightly earned their rejection, I highly dreaded the disastrous possibility of Nigerians falling for the massive, overwhelming but vacuous propaganda of the All Progressives Congress (APC), backed by a formidable coalition of tragically naïve activists, intellectuals and opinion leaders, to seriously consider that the APC could by the widest stretch of the imagination, qualify as even a manageable alternative.

There was massive corruption in the PDP, but it was just impossible for me to buy the tasteless myth that the APC which was mostly made up of the very characters that gave the PDP its unwholesome image could, no matter the relentless efforts of their tireless spin doctors, qualify to be classed as something that has the slightest resemblance with a party of saints and an assemblage change agents, and that once a person moved from the PDP to the APC, the person would receive instant beatification from a band of holy angels waiting to perform that sacred assignment. This should make no sense even to a two-year old!

Also, despite how strongly they tried with their humongous propaganda, the APC’s leading lights failed miserably to inspire any confidence in their capacity to effectively manage a modest government department or mere small public corporation, let alone a country as large and complex as Nigeria. Looking at the monstrous antecedents of several of them, their brazen insistence that they were on a mission to cleanse Nigeria of corruption and change her for the better sounded so terribly ridiculous, even exasperating. Their hypocrisy and chicanery stank to high heavens.

The evidences were too glaring for everyone to easily see. That was why I kept wondering how my otherwise brilliant and perceptive friends who had remonstrated with me for holding a different view about the self-anointed “deliverers” from Mars could not see that they were being led by the nose to eagerly embrace a well-packaged and overly scented fraud. The APC completed its distasteful image by the egregious confidence it exuded about its ability to continue mesmerizing Nigerians with outrageous claims and the tantalizing promises it recklessly dropped which even Kindergarten kids could see were clearly unrealizable. Although, many chose to blindly flow with the herd, it took only a few months of the APC being in power for scales to fall off many eyes and my friends to be astounded by the insufferable deception, howling inadequacy and irredeemable incompetence they had willingly agreed to temporarily live in denial of, which they probably thought would go with the aggressive campaigns, but which had now become the distinctive feature of the “Change” regime. Sadly, it was now too late. The eagle already had the chick securely in its claws. By the time 2019 arrived, the party was already too powerful to be voted out despite the widespread disgustful feelings of many Nigerians towards it.

Sadly, nothing seems to have changed even after five years of being in office. The same propaganda has remained about the only thing the APC regime has continued to deploy to consolidate its hold on power. It is often safe to make all sorts of claims about your accomplishments when you know that people are too sick and tired and too busy trying to exist in an impossible economy to bother about their falsity, until a real challenge that threatens something as sacred as lives emerges. Then even the best of propaganda will readily betray its limits. That is what Coronavirus has achieved in Nigeria.

When news of the approaching Covid-19 was everywhere, the federal government confidently and repeatedly told Nigerians that it had put in place formidable measures to halt its spread if it eventually strays into the country. I doubt if Nigerians took the assurances serious but, then, what would they have done than sit in their various corners nursing their benumbing doubts and fears quietly. Even when calls began to be made by well-meaning Nigerians on the presidency to halt international flights to Nigeria and close all entry points into the country, they all fell on deaf ears. By the time President Buhari was able to come around to agree to close the airports, seaports and land borders, the number of infected persons had already exploded, and the acclaimed efforts by the Lagos State Governor, Babajide Sanwo-Olu, to contain the spread had been badly sabotaged by the sad delay.

Gov Sanwo-Olu lamented this tragic failure in his interview with the CNN a few days ago. He stressed that if the borders had been closed early enough, and people who had recently come into the country were isolated and their contacts carefully traced and equally isolated, the pandemic would have been easily contained. What was mostly done at that time was to simply advise returning Nigerians and visiting foreigners to self-isolate which many of them simply ignored. Some were given papers to state their recent travel history and several of them filled the forms with fictitious details. Which serious country does that? Should not the people have been compulsorily isolated if there were enough isolation centres ready to receive them? That’s the problem.

The truth was that the presidency had enough time to prepare for Covid-19, but it was merely savouring its familiar game of making empty claims and probably hoping that the virus would never enter the country to explode their imaginary claims.

Despite being widely regarded as the richest country in Africa, the Nigerian government seems to derive immense pleasure from flaunting the country as poor, helpless and beggarly. If her resources are not continuously mismanaged and looted by her leaders, shouldn’t several African countries by now be looking up to Nigeria for help, especially, in desperate and trying times such as the one the world is in now? But the sad situation is that even the most leanly-endowed African countries have since left Nigeria very far behind in the area of provision of basic amenities for their people. For instance, whereas other African country have since achieved reasonable stability in power supply, Nigeria is still very far behind, struggling with debilitating darkness and has remained the proud, pathetic dumping ground for mostly substandard power generating sets from China. The same goes for provision of potable water, another sector in which government has failed so woefully. If the Nigerian government is allowed, it would beg for alms from places like Togo or Swaziland!

And so, always shamelessly wearing its beggar mentality, when the American billionaire, Elon Musk, announced on twitter that his organization had some ventilators to give out in support of the treatment of Covid-19 patients, Nigeria was the only country in Africa, to the best of my knowledge, which through the twitter handle of the Federal Ministry of Finance publicly begged the US billionaire to donate the ventilators to her! It was such a disastrous and self-diminishing move that instantly attracted angry reactions from embarrassed Nigerians across the world, forcing her to quickly withdraw the request. Yet, as the pandemic gained strength in the country, and Nigeria still proudly wore the same badge of shame as that “very poor country” that could not afford ventilators, enough testing kits and centres and Personal Protective Equipment (PPE) for her toiling and sacrificial health workers (thereby, exposing them to serious dangers of being infected), the dishonourable characters that converge at the House of Representatives as lawmakers were before the world, busy, celebratorily sharing very expensive, imported luxury cars to themselves, and the whopping sum of N37 billion had already been put aside to renovate the National Assembly. That is the face of the “Change” on whose back they rode to power, although, they rarely mention that badly abused word these days.

Prodded by Nigerians to do something more meaningful to lead the anti-Covid-19 war from the front like his colleagues across the world, President Muhammadu Buhari emerged from his hideout, locked down Lagos and Ogun states and the Federal Capital Territory (FCT) and vanished again. Nigerians who depended on their daily earnings to feed their families were the worst hit by the hunger that immediately followed. Although palliatives were promised to cushion the harsh effects of the lockdown, what most Nigerians only heard were the outrageous figures which government claimed had already been spent as disbursements to “poor and vulnerable” citizens. They were not even privileged to perceive even the smell of the disbursements!

It became clear then that the government would badly mismanage the no-movement restrictions and stay-at-home order. And Nigerians wasted no time in voicing their anger at being asked to stay at home and be killed by hunger. Unable to respond to this all important need to feed its people rendered incapable of earning a living by the lockdown, a problem that even countries Nigeria is supposed to be richer than had managed so amazingly, the Buhari regime has now decided to ease the restrictions at a time the number of infected persons was rising alarmingly!

Why is this government too eager to show that it is too impoverished to give palliatives to needy Nigerians? Only a few days ago, the Central Bank of Nigeria (CBN) announced that the private sector relief fund it is organizing to raise money to fight Covid-19 has now hit N27.160 billion. Recently, the European Union (EU) donated EUR 50 million (N21 billion) to help Nigeria fight Covid-19. There have been reports of sundry monetary and material assistances that have come in from within and outside country, so, why is Nigeria about to further compound the Covid-19 pandemic by its strange claim that there are no funds to sustain the lockdown?

Recent reports suggest that very soon, Nigeria might consider the option of home treatment for positive cases because of lack of bed spaces to keep them. It is dreadful to imagine such a possibility and how far it can go to complicate the pandemic. Please, can somebody who has the ears of President Muhammadu Buhari walk across to Aso Villa and ask him to bring in knowledgeable, altruistic, honest and competent people to help him manage Nigeria at this very critical period before the country is plunged into a boundless and unmanageable health disaster? It should never be imagined that anything slightly similar to the experience of Italy or Spain, UK or the United States with Covid-19 (countries with world-standard healthcare systems) be repeated here. Indeed, I have never seen where such level of unseriousness is being brazenly applied to the running of a country, more so, at a time of a dreaded health emergency and in a large, complex country of more than 200 million like Nigeria, with one of the worst health facilities in the world!

Ebola was more virulent when it hit Nigeria in 2014, but the “clueless” Goodluck Jonathan regime was able to swiftly contain it to the admiration of the whole world. In fact, an American magazine, Foreign Policy, screamed in a headline, “In Fight to Stop Ebola, Nigeria Got Right Everything America Wrong .”

Nigerians are, therefore, right to demand the full accounts of how the suspicious disbursements of billions of naira purportedly made by the federal government were undertaken. With the pandemic already badly mismanaged, the future is indeed heavily pregnant. Only God will save Nigeria.