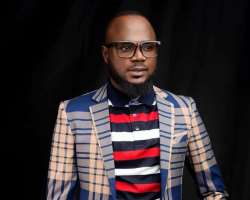 The Prominent Civil Rights Advocacy group-: HUMAN RIGHTS WRITERS ASSOCIATION OF NIGERIA (HURIWA) has appealed to the Chief of Army Staff Lieutenant General Tukur Yusuf Buratai to stop some of the military commanders in Kaduna State from arresting and detaining the HUMAN RIGHTS campaigner Mr. Steve Kefas for raising alarm about alleged links of some rogue soldiers and the armed Fulani herdsmen raiding most parts of Southern Kaduna State.

"HURIWA wants to plead with the Army Chief who is busy at the theatre of the counter terror war to kindly direct his officers in Kaduna to comply WITH the due process of the law and procedurally investigate the alleged nexus between some of the soldiers in Kaduna whose phone contacts were found in the handsets of some fleeing armed Fulani herdsmen who attacked some Southern Kaduna communities in Kaduna State last week and the armed attackers and if there is a link then the General Officer commanding 1st Division of the Army in Kaduna should constitute a court MARSHAL to deal with the alleged rogue soldiers if the evidence is anything to go by. The Army Chief and the Inspector General of Police Mohammed Adamu should monitor the process of this investigation to remove any chances of cover up by the officers in Kaduna state."

The Human Right Writers Association of Nigeria (HURIWA) through the National Coordinator Comrade Emmanuel Onwubiko and the National Media Affairs Director Miss Zainab Yusuf said it also desires to draw the attention of the general public to the continuous threat to freedom of liberty of Citizen Steven Kefas, a Kaduna based activist. Steven Kefas who spent over a 160 days in Kaduna Prison under very controversial and questionable circumstances has been living as a fugitive months after regaining his freedom.

In a distress call made to HURIWA the writer and freelance journalist narrated how he has been getting strange calls which suggest he is under surveillance. According to him it all started on the 24th of April 2020 after he tweeted a headline from a report published by Zenger News a Washington DC based media organization where a certain mobile phone was recovered from the scene of herdsmen attack in Ungwan Magaji Chawai in Kauru local government area of Kaduna state. The report narrated how some contacts found on the recovered phone are for military and police officers, below is the link to the publication;

HURIWA recalled that the tweet went viral within hours generating thousands of reactions from Nigerians home and abroad who expressed their various views on the report.

HURIWA recalled that few hours after the tweet, he, Steven got a call from a friend close to the authorities that his tweet didn't go well with the authorities and they are looking for him.

48 hours later he got another call from a friend who works with the security telling him of plans to arrest him over the said tweet.

HURIWA is concerned because neither the Nigerian Army in Kaduna State nor the Kaduna command of the Nigerian police have debunked the report published by Zenger News despite the weighty allegation indicting their personnels of complicity in the various terror attacks that have rocked Southern Kaduna.

HURIWA therefore calls on the Kaduna state government, the Nigerian Army and the Police to ensure that the recovered mobile phone is thoroughly investigated using forensic technology and findings be made public as soon as possible, this will go a long way in dowsing the tension and suspicion created against the security by the report published by Zenger News.

We also call on the security to stop the threat and harrasment to the right to liberty of Citizen Steven Kefas as enshrined in the Constitution of the Federal Republic of Nigeria. Such energy should instead be channeled into bringing the attackers of innocent villagers into book and ensuring that Communities under siege are rescued and are safe for the villagers.

HURIWA wants to reiterate that the news of the recovered mobile phone didn't originate from Steven Kefas as it was earlier published by Zenger News 24 hours(23/4/2020) prior to his tweet and therefore should not be subjected to unecessary emotional torture by the security.

Finally, HURIWA is totally against the spread of fake news and also support prosecution of those found wanting but such must be done according to the rule of law as enshrined in various laws of the Federal Republic of Nigeria.