Nexus Between Poverty And Criminality 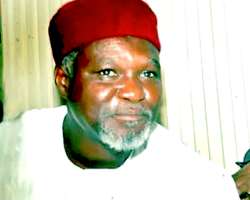 I have simply defined the Critical Terms in the Title and interrogated socialized beliefs and understanding by urging a dismissal of dangerous mind setting and STEREOTYPING.

Definition of Critical Terms and Tittle Analysis
NEXUS: The word Nexus entered the English Language during the seventeenth century from the Latin word nectere, meaning "to bind or tie." People tend to use this word to mean different things today.

2 : a connected group or series(e.g a nexus of theories a nexus of relationships).Nexus is a big subject with wide range of meanings and implications. For example, a nexus is a central link or connection. If you happen to be at the *NEXUS OF SOMETHING* , you are right in the middle of it, like standing in the middle of an intersection.

Let us limit our operational definition of Nexus to Link . We now have the link between Poverty and Criminality.

POVERTY is commonly defined as:
-The state of being extremely poor.Another word for it is penury.

-Poverty is a state or condition in which a person or community lacks the financial resources and essentials for a minimum standard of living. Poverty means that the income level from employment is so low that basic human needs can't be met.

However, Poverty is not having enough material possessions or income for a person's needs. Poverty may include social, economic, and political elements. Absolute poverty is the complete lack of the means necessary to meet basic personal needs, such as food, clothing and shelter.

For the purpose of this presentation, we can identify six types of poverty: situational, generational, absolute, relative, urban, and rural. Situational poverty is generally caused by a sudden crisis or loss and is often temporary. COVID19 is a good example of situational poverty. You can make up for the rest.

I have also described poverty in three ways: Poverty of IDEAS(Ignorance), Poverty of Means (unemployment) and Poverty of Opportunities.

Ignorance is not necessarily illiteracy. A Professor may be ignorant if he cannot survive without a paid job. His knowledge is unproductive and he is therefore poor.The same ignorance will inhibit someone from seeing wealth Creation instead of job search.

Even if you are knowledgeable about how to create wealth but you don't have opportunities of contact, funding and logistic support , you can only keep your job quietly and remain poor upon your faith in Qadar.

Causes of Poverty
Causes of poverty is changing trends in a country's economy. Associated with the lack of education, high divorce rate, a culture of poverty, illiteracy, overpopulation, epidemic diseases such as COVID19, Ebola , malaria and environmental problems such as lack of rainfall .

Poverty is a foundation for Socio-Economic Issues.Poverty is a socio-economic issue. Socio-economic issues are factors that have negative influence on an individuals' economic activity including: lack of education, cultural and religious discrimination, overpopulation, unemployment and *CORRUPTION*.

Poverty Mentality
Poverty mentality is a mindset about money that develops over time – it is a “poor me” attitude that stems from a deep-seated belief that there is never enough. ... They see themselves as victims in a cruel world and don't believe anything is ever going to change.

Poverty Causes
Poverty has many causes and most of these are nearly same all around the world. Inadequate infrastructure, health and education deprivation, corruption and political unrest are some common causes for poverty. Poverty has a vicious circle of interrelated factors.

If corruption is at the center of poverty is it not bad government that causes poverty which also causes bad government? Which really causes the other?

How to Stop Poverty
*Create Awareness. Social media has become an integral part of daily life, and now is the time to use it as a voice of social good. ...

*Educate Everyone.
3. Criminality
Criminality is commonly defined as a behaviour that is contrary to or forbidden by criminal law. In ordinary language, a crime is an unlawful act punishable by a state or other authority. The term crime does not, in modern criminal law, have any simple and universally accepted definition, though statutory definitions have been provided for certain purposes.

By definition, it is an illegal act for which someone can be punished by the government especially (1) a gross violation of law (2)a grave offence especially against morality ( 3) criminal activity against efforts to fight crime (4)Something reprehensible, foolish, or disgraceful. For example, it is often said that 'It's a crime to waste good food'.

Difference between Crime and Criminality
Experts often differentiate between 'crime' and 'criminality', where crime refers to an act and criminality refers to the propensity or inclination to engage in criminal or antisocial acts.

Properly identifying the nature of the crime and the category under which to pursue conviction, is essential in the pursuit of justice, and must be communicated accurately and consistently.

Is there a Nexus Between Poverty and Criminality?

I say yes in the real sense without mind setting and stereotyping. But NO if by the poor we mean the uneducated, unemployed and deprived small thieves and brigands. The petty thieves and armed robbers are bandits and brigands encouraged by the flamboyant and mostly fake lifestyle of the educated Civil/Public officers, corporate business men/women and Politicians.

Criminality of the less privileged is a reaction to the bigger Criminality of the elite. Some of the time it is the children of the poor that were deliberately deprived to be useful for future political and economic manipulation that react against the elite and unleash terror on the society generally because rather than the society condemning the big criminals, the society praises them.

The underprivileged and the unprivileged, therefore, either seek to break into the privileged social circle, having been used by the occupiers to get there or create an underworld where the hands of the law will understandably not reach them.When we do the right Arithmetic, we find that everyone is a criminal one way or another.

There is a stereotype of the appearance, the accommodation, the car the spouse, the children (and the kind of school they must be enrolled in whether it adds any intellectual value or not and whether the parents still have to pay private teachers to make them pass their exams or not), the kind of parties they must throw for all occasions(birthdays, promotion, Marriage, house warming etc). These are usually crazy money spinners and most of us can NOT afford it but we must please the society and justify our status.

The results of all the rat race is either corruption and Criminality or borrowing and crushing under debt burden. The tragedy is that society does not understand the self inflicted pains we are going through.

They, therefore , can not share our pains even when they increase at retirement. The smart among us increase the weight of the burden on their conscience by stealing enough to survive retirement while the pious wait patiently for gratuity and rest. But both are usually shocked after retirement to find that neither what is stolen before retirement nor the frustrating gratuity will buy rest.

To compound the frustration , the family and society will not understand. They keep demanding for assistance which we have recklessly rendered above our income during service. Add all this up, you will appreciate any assistance out of trouble as you wait for death and you have a new definition of corruption, Criminality and poverty.

How does Ramadhan stop Poverty and Criminality?

At-Talaq 65:3
And will provide for him from where he does not expect. And whoever relies upon Allaah - then He is sufficient for him. Indeed, Allah will accomplish His purpose. Allah has already set for everything a [decreed] extent.

And whoever fears Allaah - He will make for him of his matter ease.

At-Talaq 65:5
That is the command of Allaah, which He has sent down to you; and whoever fears Allah - He will remove for him his misdeeds and make great for him his reward.

2) The same Taqwah will require prayers from him which will shield him away from all crimes as Allaah says:

Al-'Ankabut 29:45
Recite, [O Muhammad], what has been revealed to you of the Book and establish prayer. Indeed, prayer prohibits immorality and wrongdoing, and the remembrance of Allah is greater. And Allah knows that which you do.

3) Charity from the well to do believers will alleviate the poverty of the materially poor and leadership will encourage the sustainance of same beyond Ramadhan.

4) Communal worship, brotherhood and love will put down criminal tendencies as the really poor are made happy on daily basis through assisted breaking of fast(correct iftar) and Sadaqatul Fitr.

5) Constant interaction with all levels of the Muslims in the environment will engender love, kindness and generosity and other supports which will be sustained post Ramadhan having got the data in one Month.

I believe, however, that all these depend on effective knowledgeable leadership and cooperating followership.

Conclusion
There is a Nexus between Poverty and Criminality only on the understanding that the man that does not have a business to sustain him and to be inherited ( jobs can not be inherited) is poor. He, like the uneducated and deprived poor man may not be fundamentally different when circumstances force them to infringe and infract the law; and engage in various types of Criminality. Ignorance and lack of Taqwah assist all categories of human beings to accommodate Criminality if not engage in it.

Taqwah and enlightement that characterise the glorious Month of Ramadhan will practically create a crime-free one month in love and generosity which an enlightened leadership will assist the Muslim Ummah to sustain after Ramadhan as a panacea to all social problems.

Taofeek Abdulazeez is a professor of English at the University of Abuja, Nigeria