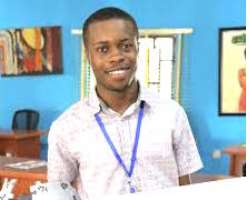 Moses Ukpong who is the the team manager and VP of the academy was released after fulfilling a bail bond of over N3million. It can be recalled that he had turned in himself on the 12th of April 2020 after his web development company had developed a website for a client who used it for the sole purpose of defaming the character of government office holders in Akwa Ibom State, Nigeria.

According to investigations the sports executive had failed to report the misuse of the website to the authorities following the arrest of the publisher Mr. Paul Umoh.

In a statement by Moses Ukpong, he stated that he had no knowledge of what the blog was going to be used for neither is he involved in any wrongdoing. While speaking to newsmen he said, “I am not aware of any wrongdoing, we created a website for a client and what the client uses it for is not our business, we do maintain a high standard of practice in our area of work but you can’t control what a client eventually uses a website for. However, we do apologize for any damage it may have caused to people in the general public.”

Moses Ukpong was released on bail from police custody after he met a N3million bail term. He is set to appear in court on the 15th of June 2020 for another hearing.