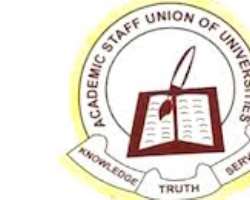 It will be both unfair and unreasonable to expect a dog not to bark, considering that, to be its innate inclination, which it does for many reasons. Sometimes, however, the barking of the dog is considered excessive, overwhelming, disruptive and even debilitating. Is ASUU, the barking dog tiring us out with its incorrigible compulsive barking or its owner is just deliberately being inhumane to it, by inciting it to bark for fun? For canis lupus familiaris, the scientific name for dog, anyway, barking is one type of vocal communication that it uses which tends to mean different things, depending on the situation.

ASUU, the umbrella of the university teaching staff in Nigeria, is not a rabid or demented dog, thus, when it barks, it is telling you something. It appears that since the conception of the Academic Staff Union of Universities, ASUU, it has barely rested from its successive owners. Barely ten years after its establishment, it was proscribed by the government on grounds of seeking autonomy and fair wages. No sooner was it allowed to resume activities than the Gen. Ibrahim Babangida - led government placed a ban on it for being too ferocious. So far, what we can say, from what we have seen, is that this rest denied and restive dog has been made to go through tortuous and infuriating cycle of barkings in the hands of its inherited owners. Some people have faulted the dog for its disturbing noise while others think its owner is the mischief maker. Evidently, its current owner, just like its former inheritors, tend to detest its barking and sometimes have punished it differently in their own radical and rascally ways. In some cases, the barking dog has had its salary withheld, halved, or arbitrarily delayed. Considering how Nigerians are faring amidst the brawl between ASUU and the Federal Government, I feel so concerned and perturbed. In my cogitation, I posed a series of questions: Can't the dog owner pay attention to its barking dog, at least, for once? For how long will this popular dog keep barking? Is our educational system not being imperilled by the dog and its owner? Can't the dog be de-barked? When will the barking dog and its owner see each other as cooperative creatures?

But one thing I know- the dog is neither demented nor its present owner without affection or emotion. I also know that between (1994 and 1996) the dog was left to bark for almost a year; by 1999, the dog was made to bark again for about five months; by 2001, the dog barked for another three months; in 2002 and 2009, the energetic dog barked for six months respectively. This is 2020, the dog, pitiably, is at it again- I am afraid ASUU, the barking dog may not cease barking in our time.

Recall, at the beginning of this piece, I articulated that, there are plenty of reasons why dogs may bark. For dog trainers and therapists, or enlightened dog owners, it is believed that a dog will bark when it perceives any threat or danger in its considered territory. In fact, the closer the threat, the louder the noise. Has the government threatened ASUU? Well, in due time, we shall know. Back to my many reasons why dogs may back, it is believed that a dog will bark when it is bored or when it seeks attention. Is ASUU trying to be restive and flex limelight muscles? To this, I believe, time shall tell, too. Last but not least, dogs bark due to compulsiveness. Is ASUU now using strikes as an instrument of selfishness and personal gains? Sighed! I have known this restive energetic enlightened barking dog for long, when it barks, it does not seek attention. When it barks, it is only calling the attention of its owner to justice, cooperation and collaboration. Most times it barks to ward off threats and seek the upgrade of universities in Nigeria. I believe, in close, that the government should have learnt that one way to de-bark this energetically well-read barking dog is to let lie. In honesty, it is high time, I believe, that the sycophants of the the government researched the story behind the popular English idiom- let sleeping dogs lie.