Workers Day and Rights of Vulnerable Workers in Nigeria 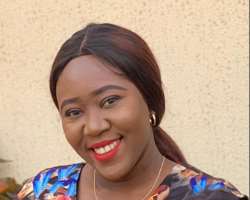 There is a connection between human rights and employment: human rights will only be functional when a person’s source of livelihood is unhindered as this impact on rights to life, movement, peaceful assembly and association, privacy, and human dignity, liberty, property etc. Even at this, unhealthy working environment and poor terms of employment can and often undermines workers rights.

May 1st of every year is set aside as the International Workers' Day, also known as Workers' Day or Labour Day to celebrate workers. This is commendable as it not only infuses dignity in labour, but also emphasizes the need for best practices and enhances workers’ rights. While this is commendable, the question is, where is the place of the vulnerable worker in these celebrations? Someone will ask, who are Vulnerable Workers?

According to Lawrence Jeff Johnson of the International Labour Organization: Vulnerable employment is often characterized by inadequate earnings, low productivity and difficult conditions of work that undermine workers’ fundamental rights.

HSE also, defines vulnerable workers as those who are at risk of having their workplace entitlements denied, or who lack the capacity or means to secure them. Health and safety should not be used as an excuse to justify discriminating against certain groups of workers. From these definitions, one can safely relate vulnerability to Persons Living with HIV (PLHIV), Persons With Disabilities (PWDs), Women, Workers displaced by insurgencies/crisis, etc. If the above is true, are these groups of workers also part of the celebrations or a footnote?

Over time, it can be argued that vulnerable workers are at best a footnote in the celebrations and unseen. Workers’ rights however, do also apply to them, including dignity of labour, given their contributions at their various places of work. Workers Day celebration must therefore celebrate these set of workers and employers of labour (Organized Private Sector and Government) must also in celebrating the Workers Day put in frameworks to protect the rights of the vulnerable workers.

Lawyers Alert in September 2018 using the HIV/AIDS Anti-Discrimination Act 2014 in the National Industrial Court of Nigeria got a groundbreaking judgement that specifically addressed the issue of termination of employment of vulnerable workers owing to their HIV status. The court held that workers cannot be terminated on account of their HIV status.

The court also gave vulnerable workers the right to approach courts without disclosing their identity in the likely event of stigma and discrimination (Anonymity Order). This was in the case of Mr. X. vs Brinks. Mr. X. was terminated based on his HIV status and approached Lawyers Alert for the determination of his matter.

The judgement more than anything else calls for reflections on the place of the vulnerable worker in Nigeria today and the world at large.

The 2020 May Day celebration presents a unique opportunity to celebrate the vulnerable worker focusing on this judgement, state of the law, compliance with these laws, including awareness creation on rights.

Nigeria has signed most of the United Nations treaties, obligations, in addition to ratifying most of International Labour Organization conventions, recommendations, etc. Majority of these provisions have either been domesticated in our various laws, policies or enshrined in the Nigerian constitution.

The questions are; What are the positive implications on or for vulnerable workers and human rights in Nigeria? Are these provisions being practically implemented or observed? what are the measures, sanctions or enforcement mechanisms against non implementation or infractions?

Vulnerable workers have over time suffered a lot of injustice by way of unfair labour practices including outright dismissal for no just cause. Their situation is worsened given that the labour union themselves are not particularly focused on the plight of their vulnerable members.

Laws to protect vulnerable workers are hardly complied with even when they exist. The HIV/AIDS Anti-Discrimination Act 2014 in Nigeria for example, was passed to protect the vulnerable worker through adoption of workplace policies by employers, but has largely not been complied with. Another example is the Discrimination of Persons With Disability Act, 2018. This Act provides for the full integration of persons with disabilities into the society, this also has not largely not been complied with.

The value for Labour Force in Nigeria as of 2019 is about 70 million. According to ILO, the percentage of value for vulnerable women & men in workplaces are 84.98% and 72.54% respectively. Addressing issues of vulnerability in workplaces is critical as the percentage of each gender is above half i.e. above 50% each. Denying vulnerable Workers work-based rights is denying them their human rights because work-based rights are intended to ensure that all categories of employees regardless of social, sexual, age, racial, economic political, religious, cultural and ethnic status are treated equally.

They are not discriminated against, have equal opportunities and access to these opportunities. In essence, nobody is excluded from optimizing or accessing any of these rights either in the work environment or in the outer society.

With the fast-rising value of the Labour Force in Nigeria, there is a heightened need for awareness creation on the rights of vulnerable workers towards enforcing their rights.

The general public and employers of labour should be sensitized on adequate understanding of the rights of the vulnerable workers in the workplace. Equally, employers of labour and government need to be sensitized on their roles in the fulfilment of these rights. There is also a need to engage Labour Unions, workers Advocates and other Institutions/MDAs associated with enforcing employment rights to compel employers of labour and government institutions to have workplace policies which promotes and respects the rights of vulnerable workers and to comply with existing Laws and Policies.

Roseline Oghenegrume is the Director, Program, Lawyers Alert, a human rights body that serves vulnerable groups. She can be reached at [email protected]