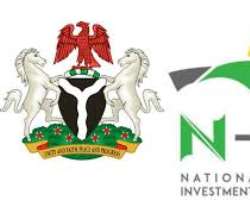 Apart from the great reform brought by COVID-19 to the health sector in Nigeria, one of the other areas that seems to have witnessed the wind of change is the National Social Investment Programme (NSIP), as those in power and outside the power corridors continue to resonate the need for an overhauling of the programme in order to reflect the global best practices.

On 14th April, 2020, Senator Ahmed Lawal, President of the Senate and Honourable Femi Gbajabiamila, the speaker of the house of respresentative meet with president Mohammadu Buhari to discuss the reform of the NSIP. This meeting came days after the leadership of the National Assembly faulted the parameters for selecting the beneficiaries of the programme and stressed the need for a strong collaboration between the Executive and legislatures in order to meet the need of the most vulnerable people in Nigeria.

Though, this was countered by the Special Adviser to the President on Social Investment, Mrs. Maryam Uwais, who stated that most successful SIPs around the world are not those based on the inclusion of the of candidates of the National Assembly to the National Social Register (NSR) which has been a recurring issue from the inception of the NSIPs since 2016, but the one devoid of politicians’ interference.

However, whether the recent acceleration in the criticism of NSIP by the leadership of National Assembly is an effort to politicize the system in order to insert their preferred candidates or not, the reality is that the NSIP needs a re-evaluation that will lead to a reform in order to surmount the mirage of problems bedeviling the system.

Before the National Assembly's advocacy on the reform of NSIP, the Honourable Minister of Humanitarian Affairs, Disaster Management and Social Development, Hajiya Sadiya Umar Farouq had once said that there are middle men and double dealers in the system whose nefarious activities are really corroding the tenent of the NSIP. The same thing could be deduced from the comment of Mrs Ashia Buhari last year on the scheme.

This became clearer with the claims and countered claims of diversion of palliative relief designed to mollify the hardship occasioned by the COVID-19 and the government claim of feeding school children despite the lockdown.

National Social Investment Programme is an intervention Programme created by the Federal Government in 2016 to cater for the need of the poorest of the poor in the country. The Programme has four Cardinal pillars which are: N-power, Government Enterprise and Empowerment Programme (GEEP), Conditional Cash Transfer (CCT), National Home Grown School Feeding Programme with sub-programmes designed to effectively allievate the poverty of the most vulnerable.

For instance, the N-power houses unemployed graduate and non graduate youths while the GEEP comprises of traders and other entrepreneurs. Similarly, the CCT cater for the poorest among them especially, those that feed on the crumbs of the crumbs and the Home Grown School Feeding takes care of the students by giving them meal in schools.

Unfortunately, most of the revelations coming from the public show that there is a lacuna between the stated objectives and the reality on ground as most students in the schools noted on the NSIP do not know the meaning of Home Grown School feeding not to talk of eating free meal.

The same is applicable to the CCT where some even witnessed fake alart. Infact, the one in the GEEP is so serious to the extent that some people that are eminently qualified were technically disqualified because of vested interest while some that were finally accepted were disbursed late, some half payment.

The narrative is so sadden in N-power as most times, the beneficiaries were been paid based on 50 days calendar month making planning and savings from their stipend, #30, 000, difficult. Thereby, weakening the moral and passion of the gallant volunteers to transform their respective sectors and move them to the next level they ought to be.

This is coupled with the fear of unknown regarding their exist package. Some even believe that they were used to scored political goal in 2019 election and that very soon they will be shown an exit rout of the programme without any tangible package. This has really corroded the tenet of NSIP and turned it to "operation shop and shop programme" starting from the top of the prymid to the base.

Infact, this was the reason people were so suscepious of federal government COVID-19 palliative and it's possibility in a country named among most corrupt countries in the world based on Transparency Corruption index in 2019.

Now that COVID-19 and the chronicle of the programme have showen the state of social investment programme in Nigeria what next?

The next thing is to swing into action by re-evaluating, recalibrating and rejigging the system in order to meet global best practices by backing it up with necessary legislation, turning it to employment pool, empowerment center and transfiguration of the poorest of the poor to the higher level instead of sharing dirty money to people on the street in order to create an unsustainable impression.