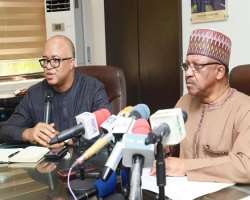 On the 26th of April 2020, 92 new confirmed cases and five new deaths were recorded in Nigeria One case previously reported in Lagos, is now an Ondo State case The total number of confirmed cases in Lagos is 731, and 8 in Ondo For a breakdown of cases by states, please see http://covid19.ncdc.gov.ng