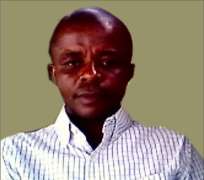 Like every new invention which comes with opportunities and challenges, the lock-down directive by the Federal Government occasioned by the ravaging Coronavirus pandemic(COVID-19), has arguably brought to the fore two opposing but important developments in Lagos state. Not all of these developments are however fully recognized by the majority of the people.

First, the development has brought about a marginal surge in crime rate, and resultantly led to the proliferation of different self appointed groups of people (vigilante), who try to prevent crime in their streets and communities.

The second and very fundamental is that no event in recent months in the state, has done so well to demonstrate how creative, effective and efficient the Executive Governor of Lagos state, Mr Babajide Sanwoolu, is in crisis management than the present challenge.

As a background, discussing Governor Sanwolu’s performance at this critical moment of the state’s existence without first acknowledging what has been on the minds of Lagosians right from 29th May, 2019, when he was inaugurated as the Executive Governor of Lagos state, will render this piece assymetrical.

Indeed, there was a sincere concern among Lagosians. There were questions about his strategies and tactics which are the building blocks of leadership. Lagosians also at different times and places expressed worry about the future, and the Governor’s capacity to sustain the infrastructural development of the state, maintain clean environment as well as promote social cohesion. Security was not the only concern of Lagosians; they were particularly concerned about how the new governor will persuade investors to put their money into manufacturing and other businesses in Lagos.


These mind numbing conflict and turmoils of concern appears to have subsided in recent weeks as a number of exciting progress and important changes are now taking place. There is a shift to what might be called a co-ordinated leadership value system creation in the state. There is now a deliberate effort by the state government to maximize its strength against the forces at work in their environment and most especially, in a period of crisis such as COVID-19.


From a careful analysis of the proactive steps so far taken by the governor, and his efficient management system that promotes collaboration and service delivery among various ministries - Environment, Health, Agriculture, it is obvious that the state recognizes the fact that it owes its growth and success to certain causative factors. And the lesson inherent for other state governors is that a leader can choose to make service delivery and meeting the needs of the people his ‘battle ground’ and fight on the basis of this functional strengths.

Take as an illustration, for those that understand both the operational dynamics and environmental matrix of Lagos, it will be characterized as historic and newsy that the streets of Lagos are currently without filt and overflowing waste bins after three weeks of lockdown; that the risk allowance of medical/health officials in the state were within this period increased from five thousand naira (N5000) to twenty Five thousand Naira(25,000) and that agricultural food chain operates seamlessly to ensure availability of food for Lagosians.


Further supporting this position on Sanwoolu’s performance is a recent press statement by the Social and Economic Justice Advocacy (SEJA)-a Lagos Based non-governmental and non-religious group.


Aside from observing that the state has invested tremendous amount of time and effort exploring, shaping, and agreeing on purposes that will serve the people of the state both collectively and individually, the group noted that their decision to commend the state government’s effort stems from the objective analysis of the way and manner Mr. Babajide Sanwolu and his team have so far creatively managed the enlightenment and education of citizens on the direction the pandemic is headed; establishments of food banks to cushion the effects of the stay-at-home order; development of strategies that are perfectly consistent with sophisticated crisis management techniques that has helped Lagosians abide by the safety rules, and adhere to the lock down regulations as ordered by the state and the Federal Government from Monday, 30th March 2020. Also worthy of commendation is the state’s bold step in signing the sit-at-home directive into law.


Noting that the recent disclosure during a joint Ministerial Press briefing on COVID-19 intervention held today in Alausa, Ikeja, that the Coronavirus case identification campaign tagged the ‘Community Active Case Search’ is to commence and expected to run for two weeks in the first instance across the State, is another reason for all to develop a major interest in the administration. As Health workers during this time will move from house to house, including health facilities, in pairs to administer electronic questionnaires on citizens.

Without any shadow of the doubt, like his predecessors, Babajide Sanwoolu led administration has in recent weeks demonstrated to the entire world that there is always a legitimate and responsible way to provide people-purposed leadership that guarantees not just protection but improvement in the people’s life chances.

Consider how the state’s government recently created a dedicated website for dissemination of, and providing responses to COVID-19 related inquiries to the media, Lagosians and the global community. This initiative has become a global gateway for the state government officials and their National Centre for Disease Control (NCDC), counterparts to reach out to the masses.

While calling on Lagosians to support the administration through total compliance with the lock down order which is not only necessary but lawful, it is important to recognize that the largest room known to mankind is the room for improvement. And on this foundation, it is important for the state government to further step up the process of tackling the current security challenge in the state as no meaningful development will come to any society without adequate security.

Lagosians on their part should endeavor to support the determined effort of the state government to defeat the Corona Virus pandemic by keeping to the rules as handed down by the World Health Organization(WHO) and National Centre for Disease Control(NCDC)—which includes but not limited to washing of the hands regularly with soap and running water, and when that is not immediately available, use alcohol–made hand sanitizers as it is important that we stress the need for social distancing by trying as much as possible to be about 6 feet apart from the next person.