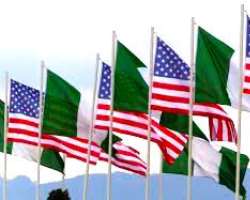 WASHINGTON – In a letter sent this week to Attorney General William Barr, the American Principles Project urged the US government and Department of Justice to halt the repatriation of stolen assets to Nigeria until human rights abuses and the endemic corruption in the country are addressed. Human rights groups have documented that under the current government of President Muhammadu Buhari, more than 12,000 Nigerians have been murdered, many for their Christian faith.

The letter also requests the Attorney General and DOJ review Nigeria’s violations of human rights to determine whether or not they warrant sanctions under federal law:

“… APP would also strongly encourage the DOJ to undertake an investigation on whether or not the [Economic and Financial Crime Commission]’s role in detaining individuals who have spoken against the Buhari administration warrants the consideration of sanctions against EFCC Chairman [Ibrahim] Magu and Attorney General [Abubakar] Malami under the Global Magnitsky Act or the Frank R. Wolf International Religious Freedom Act.”

You can read the full APP letter here.