Wassce Performance In Nigeria: How Has The Game Changed? 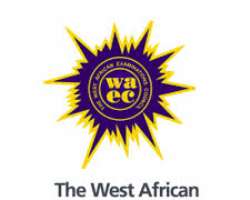 It was Malcolm X who reminded the world that education is the passport to the future, for tomorrow belongs to those who prepare for its today. As Nigerians continue to witness an unstable trend and a gradual slide in the performance of students in public examinations, it seems the future of education, for us, may be a repetition of today. James Mccay shares this similar thought in his quote Tomorrow, too often, is a repetition of today. Thus, we create tomorrow by today's activities, actions and inactions. Like many countries of the world , examinations are regularly used to determine the competency of schoolers. The year was 1948, when a meeting involving the West African Departments of Education and the University of Cambridge Local Examination resulted in the establishment of West African Examination Council- WAEC. Since 1952, WAEC has, indeed, remained a household examination board, with the mandate of conducting examinations and awarding certificates comparable to those of equivalent examining authorities internationally.

WAEC has experienced its own fair share of malfeasance. The Owosho scandal, for instance, shook the minds of the citizens in the '70s as examination paper leakage became a cakewalk. During this period, WAEC, Nigeria was heavily rocked down by what was termed Expo 77. Fortunately and interestingly, the West African Examination Council, Nigeria, survived these tense moments as it could curtail the leakage of its papers. Sooner, it appeared that WAEC, Nigeria, has taken charge. Sadly, the ovation was drowned by the happening in the examination centres. The experience, is both sobering and ridiculous. In fact, some people consider it too gruesome to imagine. It was the case of the hand and the brain. During examination, the hand is the student's but the brain is the teacher's. No one believed that a public examination could be shamefully reduced to a teacher- thing. With this it seems the game has changed, nonetheless, the reports of WASSCE performance so far should be entertained. The Sun News; Vanguard; Premium times featured the yearly percentages of at-least-five-credit, maths and English included report. 2006 (22%); 2007 (20%); 2008 (26%); 2009 (26%); 2010 (23%); 2011 (30%); 2012 (38.81%); 2013 (36.5%); 2014 (31.28%); 2015 (38.68%); 2016 (52.97%); 2017 (59.22%); 2018 (54.59%); 2019 (64.18%). From this statistics, it appears the game has changed considering the pass rate in the past five years or a half decade. Before 2016, the index of failure in public examination was pathetic. In consequence, several bitter, staggering and tragic headlines were infamous on our dailies and television. Notable among them were: Mass failure in Public Examination: A national disaster; Examination Failure: Endless Shame of a Nation...

Beginning from 2016, headlines changed as mass failure has been nipped to the bud. Goodness! What a relief! Some people, however, believe that it is premature to celebrate this new trend, despite this, others would admit that a new era has come. At least, at that time, the argument between the pessimistic and optimistic; the radical and the conservative dominated the sphere. This controversy still lingers as some stakeholders believe that the era we desire is yet to be birthed. For me, I think of something deeper or more probing. Let me set myself aside from the argument between the pessimistic and the optimistic. From what angle has the game changed? By what method and brilliancy have we truly changed the game? There are two options here- the lazy option and the character rebirth option. Let's be interrogative for now. By what means have we sincerely changed the game? Character rebirth or Masquerade model? Are the students now more studios and committedly deligent? To what extent do they burn the midnight oil? Has reading become their hobby? Has the government improved on its allocation to the educational sector, 26% by UNESCO standard? Have schools stocked their libraries with textbooks to change the game? Have quality teachers replaced the half-baked in our schools? So, by what means have we changed the game? Are parents fully committed to overseeing the performance of their children, despite their occupied schedule? Is WAEC now in an unholy relationship with school owners? The game has changed but by what means have done this? Is any means a means? How has the game changed- by the lazy option or the rebirth method? By exam fraud or by diligence? By whatever means we have changed the game, we have only sowed a seed, we shall reap its reward or consequence later.