INSECURITY: BEYOND THE RESORT TO PRIMITIVISM 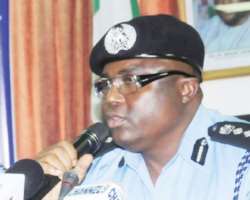 
When the US-based Fund for Peace in collaboration with Foreign Policy magazine released the 2009 Failed States Index, last year, the ranking of Nigeria as the 15th most failed nation in the world, out of the177 countries surveyed, did not, understandably, go down well with the country’s political elite, who dismissed the conclusions of the Report as "unrealistic".

Amongst the reasons adduced for the ranking is the evident incapacity of state institutions, such as the Police, to perform their statutory obligations in the country.

The serial denials of this reality by government functionaries notwithstanding, Nigerians are daily confronted by the failure of state institutions and agencies to function appropriately. There is, perhaps, no area of our national life where this institutional incapacity has become more evident as in the inability of security agencies to stem the growing insecurity in Nigeria.

This disturbing fact was as much admitted by President Goodluck Jonathan, himself, recently at the National Executive Committee of the Peoples Democratic Party. As he reportedly put it: "The security of the country is worrisome, especially kidnapping. It is a problem that the government must tackle frontally. We can no longer continue to live in a society where even if your wife is going to church, you have to detail your aide-de-camp to follow her. If your children are going to school, you have to look for machine gun-carrying security people to follow."

It could appear heart-warming that the attention of the president has been drawn to the scary state of security in the country, as evidenced by his remarks, but it is debatable if the people themselves, who have been at the receiving end of what is obviously a manifestation of failure of government, and governance as a whole, could continue to patiently wait for government to get its acts together to, as he put it, "crush the insecurity." Neither do they have faith in his pledge to "frontally" deal with the situation.

Unarguably, it is this lack of faith in conventional security apparatus in the country, and government in general, that explains the action of the Bini traditional worshippers, who reportedly marched round the major streets of Benin City in Edo State a fortnight ago, invoking and raining curses on criminals who have made the metropolis their haven.

According to media reports, the invocation of curses, obviously a desperate resort to traditionalism in a scientific era, started at about 10am with the gathering of traditional worshippers, voodoo priests and herbalists at the Urhopota Hall grounds, King’s Square, in the heart of the metropolis, where they "made sacrifices of animals and pouring libation in the process before placing curses on kidnappers and other criminals in the land."

The traditionalists, led by the Iyase (prime minister) of Benin Kindom, Chief Sam Igbe, and the Chief Priest, Chief Nosakhare Isekhure, were said to be acting on the instructions of the Oba of Benin, Oba Erediuwa. The very next day, Bini women, perhaps, in order not to be left behind, mobilized themselves to carry out their own "curses" exercise! Adorned in all red attire, the women deployed several ritual materials which included dogs, fowls and rams, which were slaughtered and their blood splashed on the ground, symbolizing death that is expected to visit those behind the robberies and kidnap activities in the state.

Whether the state governor, Adams Oshiohmole, who is the Chief Security Officer of the state, knew about the public invocation of curses or was carried along by the traditionalists was not obvious. (At least, he was not seen anywhere near the ceremony, except in far away South Africa watching the World Cup.) What is instructive, however, is that no word of disapproval or solidarity has been heard from him either. But, what cannot be denied is that the governor, like others in his shoes, has been clueless on how to protect the people he governs from criminal elements.

The president of the Market Women Association of Nigeria, Madam Amalawa Edebiri, stressed that the "ceremony was solely to bring the kidnappers and criminals under the severe effect of the curse in order to rid the state of their activities."

Now, if all that is needed to curb criminality in a modern state such as Nigeria is the invocation of curses by voodoo priests, what do you think has happened to the institutions and agencies so statutorily mandated? They are either non-functional, or utterly dysfunctional! Obviously, institutional weakness of governmental agencies, the type being witnessed in Nigeria, is a recipe for anarchy, whereby the people take the law into their hands.

It is sad that 50 years after independence, the Nigerian state is so incapacitated that it cannot effectively secure lives and property, and protect the citizens from the various activities of criminal elements thereby predisposing them to resort to primitive ways of life like invoking curses to scare away criminals!

If such is the way to go, it means the whole country could soon become one hell-hole of curses as cases of insecurity stare us everywhere. In Aba, Abia State, organized armed robberies forced economic activities to a standstill following the closure of banks for a week for fear of attack. In one particular incident, a notable armed robber was said to have written to banks in the city promising to "visit" them. On the said date, the gang had a field day without let or hindrance by the security agencies.

In nearby Anambra State, despite over 350 police checkpoints manned by 1,800 personnel, mostly drawn from the Mobile Police Division, as claimed by the International Society for Civil Societies and Rule of Law, the spate of violent crimes in the state, as in other South East states, has been indescribable, leading many communities to contemplate the Edo approach. Traders in Nnewi, in particular, have on many occasions locked up their shops for fear of kidnappers.

At another place, this time in Akure, Ondo State, a rampaging 15-man gang of robbers last Thursday dramatically raided four banks killing over five persons and injuring several others with the police nowhere to help out even when the "A" Division Police Station was a few metres away from the crime scene.

Given the above scenarios, it would seem the helplessness of security agencies justifies the approach adopted by the distraught Edo chiefs. Though, the resort to such unorthodox approach to crime fighting might appear laudable, it is undeniably unsustainable. Sometime ago, Assa community in Ohaji/Egbema local government, in Imo State, seeking a way out of the activities of rival cult groups which terrorised them to no end, summoned the apprehended cultists and their parents to a public oath-swearing ceremony before a supposedly potent shrine, where they vowed not to engage in militancy again. Not too long afterwards, the elements, like leopards that never change their spots, went back to their ways with impunity.

There is no way Nigerians would not continue to resort to self-help, like the Bini people did, with the Nigeria Police so ill-equipped, ill-trained and brimming with ill-motivated and disgruntled personnel. It would thus be apposite if the government at all levels would see this action as a call to duty and a demonstration of discontentment by the people, given that the main purpose of government is to ensure the "security and welfare of the people." Besides reinforcing security as promised, government should ensure that the time it takes to prosecute offenders of its laws is short just as it must be resolute in enforcing the laws to serve as a deterrent to others. The Police authorities should discard their crude policing methods and explore intelligence policing with the aid of modern telecommunications gadgets.

It is a sad comment that criminals fear curses more than the firepower of the police and the long arms of the law. It is worse that the people perceive curses as more efficacious and reliable than state institutions. This, surely, is an evidence of state failure.