Vigilantism: A commentary on the failure of our police 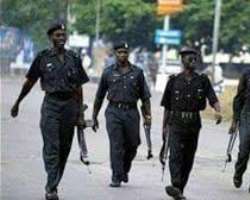 In recent times, there has been an unwholesome spate of heartless activities by hoodlums in some Nigerian states, particularly, Lagos and Ogun. It is incredibly unimaginable that a time like this when lives are daily lost to a ravaging pandemic across the globe, Lagosians and Ogun State residents cannot sleep with their eyes closed due to the invasion of streets by some infamous gangsters. As a result, the discussion of how landlords and community residents keep vigil has topped conversations both on websites and dailies.

Essentially, lives and properties are sacred , as such, should be made to receive an ultimatel attention. Somehow, this concept of life security, through vigilante groups, is historically based . Around 1800, the word vigilante sneaked into the language arsenal to mean a person who keeps watch. Interestingly, such groups have made their impressive marks by all estimations. The Bakassi Boys , for example, caused some waves in the late '90s to ensure that community members could sleep unperturbed, as they-the Bakassi boys would guard the community. The security of life and properties has, again, proved umpteen times to be topmost on the minds of the people. In the late '60s, for instance, a local activist- Anthony Imperial, during the unrest in New Jersey founded a neighborhood safety patrol to ensure people's valuables and lives were in tact.

That said, I believe Lagosians are now questioning the effectiveness of our police system. Are the police understaffed, ill-equipped, unready or unbelievably cowardly? While it appears a bit difficult to pinpoint the plight of policing in Nigeria, the giant truth, seems to be that, the police is largely failing the residents. These days, a growing number of Lagosians have resorted to self-defence in the face of broad day robberies. At night, bonfires are seen sending clear-cut warnings to marauding miscreants- yes, that's the new Lagos. One is further persuaded to question the effectiveness of this sudden vigilante groups. In my view, it is pathetic that our youths and senior citizens expose themselves to attacks unleashed by rag-tag miscreants on grounds of policing. More worrisome is the fact that this emergency vigilante groups are comprised of men with bare training in policing. Should they allow themselves to be robbed of their last meals by some underaged boys whose dormant evil spirit has just been rekindled by hunger virus. Today, we police for the police, tomorrow, whose job shall we do- may be , to go to the battlefield for the soldiers.

On the whole, weapons and defence tools are increasingly being purchased by distraught anxious Lagosians. To add to this, charges are fairly imposed by community on their members as a promising way of getting themselves fully armed and equipped. Now, that we have got to this helpless point in less than twenty days, what fate awaits us if extension continues? I wish to close this piece with the chants of our helpless fathers, husbands, brothers and friends who keep vigil without any understanding of the nitty-gritty of policing. Wey dem! Wey dem!!