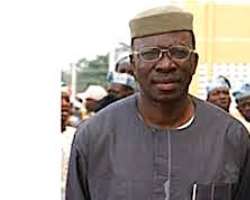 As the head of Imo Sports Commission Review Committee, Dr Ekeji used his wealth of experience to save the state government from what would have degenerated into a public embarrassment when he resolved an agitation by aggrieved athletes preparing to represent the state at the now postponed 2020 National Sports Festival.

The athletes were protesting over unpaid camping allowances ahead of the National Sports Festival earlier billed for Benin City, Edo State before Ekeji stepped in to pacify them amid allegation that they were paid pittance for their three weeks camping.

Commenting on his appointment, Dr. Ekeji said he considered it as a call to duty to serve his own state and promised to give his best in ensuring that Imo State moved to the next level in all spheres of development.

He added that it was another opportunity to put the vast experience he gained in the Federal Civil Service, where he rose to become the Director General of a major parastatal and occasionally served as acting minister.