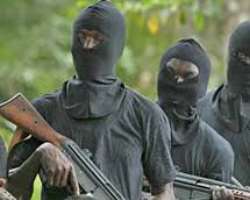 The abductors of the Anglican Priest, Revd. Anthony Oyi have finally established contact with the family through the elder brother of the Priest, Mr. Francis Oyi, demanding a whopping sum of N15 million as ransom for the release of their victim.

It was gathered that the Priest's brother tried to negotiate for N200,000 but instead the kidnappers got angry, switched off their phone and had not called again since yesterday.

Meanwhile, efforts are being made by the victim's family to gather money in case the abductors, suspected to be Fulani herders call again.

It was also gathered that the response from the church had not been palatable as attempt was made to find out what the church was doing to have one of its own released from captivity.

A senior priest of the Anglican Communion, (name withheld) had responded that it was a family matter and not that of the church.

His reason was that the Priest was only doing his personal business in his farm when he was kidnapped and not that of the church.

In a telephone conversation with the Delta State Police Public Relations Officer (PPRO), DSP Onome Onovwakpoyeya, she said that the police was doing everything possible to rescue the Priest and arrest the culprits.

She affirmed that as at last night, men of the Command from Onicha-Olona and Issele-Uku Divisions and vigilante personnel were still combing the bush in search of the kidnapped priest and his abductors.

The PPRO promised to establish contact with the officers to know how they are progressing with their effort to rescue the victim and arrest the criminals.