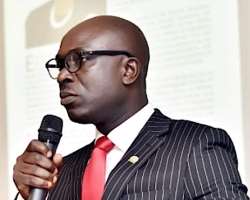 The news of the demise of the Chief of Staff to President Mohammadu Buhari, Mallam Abba Kyari hit the airwaves and was received with sadness by many Nigerians who were presently under the lockdown of the endemic coronavirus.

The death of the political strongman, occasioned by the rampaging coronavirus brings to the fore the grave reality of the fatality of the deadly virus and obviously put a lie to the wishful thinking of many Nigerians who still hold the strange belief in self-denial that the disease is a ruse.

I have heard many people talk about the enormous political power of Late Mallam Kyari with some tinge of negativity, alluding to the Warwick trained Lawyer as head of the "surrogate government"within the present government of Muhammadu Buhari. It is believed that the enormous powers that the President bestowed on him as the COS had often led him on a collision course with many critics, power brokers, including sometimes members of the immediate family and kitchen cabinet of the President. Most of the news filtering to the public about Kyari seems to demonize, rather than extol any of his virtues as a loyal, experienced and suave long-time friend and aide of the President.

To make the rumour have a tinge of truth is the reclusive or conservative mien of the late COS, who is seldom heard defending himself publicly or throwing tantrums at his perceived adversaries as many in his position would have done. This, to me, was a strength that any person of good training and upbringing would demonstrate in the face of serial provocations.

Many may have failed to realize that President Buhari definitely must have noticed some uncanny qualities in Kyari before resting so much confidence and responsibilities of governance on his shoulders, many times literally going to sleep, even against scathingly negative public opinion. Among such demonstration of implicit confidence was the directive of the President that all Ministers must have their scripts accessed by the “powerful Kyari” before getting to him as the President. Many perceived the decision as strange and believed it was capable of undermining or slenderizing the position of the Vice President Yemi Osinbajo, who has over time showed he was eminently capable as a second in command.

It was also believed that that directive and reporting format had introduced some measure of red-tapism into governance at a time when momentary results in all facets of the nation’s life is desired by the populace from the PMB government. Personally, the late Kyari had often come across to me as a gentleman and a political marksman who knew his onions and how to play the chess game of power.

Many people often forget that a good and faithful servant holds his loyalty to his master and must toot his horn or act his script, regardless of what any one may be saying. It’s a pity not too many admired news about the late COS before his sad demise as most people’s opinions pitch on the fact that he was a leading member of the President’s kitchen cabinet who in tandem with a few others have not make things work the way it was expected under PMB.

They never saw anything good in his robust experience in statecraft and solid input into the infrastructural development feats of this regime as evidenced by the on-going “railway revolution” and massive road infrastructure. They never saw anything worthy of emulation in his solid educational and professional accomplishments, even coming from that part of the country. Only a few are aware of his contributions to the nation’s economy, where he served as a top notch in the banking sector and the oil and gas industry for years.

Most significantly, not many people realized that as a leader you need Kyaris around you. Men who have been with you and who you have trusted for many decades without any moment of trust betrayal. As a student of the humanities, I have often known and learnt that the best way to appraise another man’s actions is to put yourself in his shoes. Kyari was a confidant of Mr. President for close to forty years. Even when the times were challenging and turbulent they were good buddies.

Definitely, it is rational to keep close to you while in power those whom you have tested and trusted over years like Kyari. Old friends, they say, are far more better than new ones. Putting myself in the place of the President Buhari, I would really feel a deep sense of loss over the sudden exit of a man who was one of the strongest pillars of my regime. A man that stood stoically with me during my s long life threatening sickness for which I was out of the country for days. I will feel hollow at the death of a man who remained loyal till he met his untimely death from an errand at my behest to Siemens in Germany to discuss on the knotty way out for epileptic power problems smearing the image of my regime, from which trip he reportedly contracted the deadly covid 19. What a life of loyalty and service.

As an average Nigerian, in whatever side of the perception divide we find ourselves about the deceased, one thing is certain; and that is: that Kyari remains a specimen of loyalty to his friend (the President) and the nation. At a time like this, rather than blaming the dead for whatever reason, we must be introspective and also occupy our minds with how finite life is.

This could not be better captured that in the timeless words of wisdom etched on a deceased tombstone in a graveyard: “You who is standing by my grave: don’t look so shocked at this sight. Yesterday I was just like you, and tomorrow you will also just be in my position”. For Abba Kyari, a chapter is closed, leaving us with another huge lesson to learn from our transient life, whether in power or any endeavor where we find ourselves on this side of eternity. The final judge is surely the supreme being and our maker, before whom we shall all give account of our deeds here, whether good or bad.

Tope Adaramola is the immediate past Chairman,Nigerian Institute of Public Relations,Ogun State Chapter.