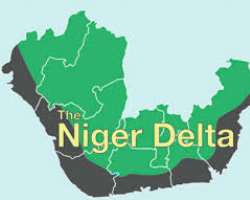 Community leaders in the Niger Delta region have warned against a plot to blackmail and discredit the National Security Adviser, retired General Babagana Monguno, as various interest groups jostle for the position of Coordinator, Presidential Amnesty Programme.

The leaders gave the warning under the auspices of Forum of Progressive Niger Delta Leaders (FPNDL), amid an emerging trend of unsubstantiated reports on the social media alleging corruption against Monguno and the caretaker committee constituted by the Federal Government to manage the Amnesty Programme, sequel to the suspension of the coordinator, Prof. Charles Dokubo.

In a statement on Friday signed by Chief Akpakpakiri Amakamu and Chief Kpokoye Morris, President and Secretary respectively, the FPNDL said recent negative reports targeted at the NSA and the Amnesty Programme caretaker committee has become worrisome.

Part of the statement reads: “We are specifically dismayed at a recent report published on an apparently cloned news website, TheNationsonline.com, in which it was alleged that while in office, Prof. Dokubo awarded and paid unexecuted contracts worth N1.8billion to cronies of the National Security Adviser. This was followed barely a week later, with another post on twitter by the publisher of PointBlankNews, Mr. Jackson Ude that one Hassan purported to be a private secretary to Prof. Dokubo collected over N1.8billion contract on behalf of the NSA which was not executed but paid for.

While we are not spokespersons to the NSA or the Amnesty Programme caretaker committee, we however deem it expedient for us as stakeholders and community leaders to rise up against activities that are detrimental to the development and eerie peace in the Niger Delta. Allegations such as these are indeed grave, necessitating our resolve to conduct checks.

Unfortunately, our findings indicated that the allegation is barefaced falsehood maliciously concocted and sponsored by ambitious and unpatriotic individuals with an eye on the office of coordinator, Amnesty Programme, and their collaborators. Obviously, the objective for this dangerous effort is to malign the NSA and discredit the caretaker committee, with the hope that it would be disbanded by the presidency and a new coordinator appointed for the Amnesty Programme. This is not minding the fact that the committee is doing a good job; scrutinizing the books and processes of the with a view to setting the Programme on a solid foundation”.

The FPNDL noted that peddling unfounded allegations against high-ranking government officials and respected individuals was criminal, counter-productive and portrays the Niger Delta people in bad light. It urged progressive-minded persons and groups in the region to rise up in condemnation of those working against the common interest of Niger Delta for selfish reasons.

“These blatant lies sponsored and recycled overtime by self-styled leaders of the Niger Delta who hold the erroneous belief that the Amnesty Programme is their source of livelihood, should be stopped forthwith. It is unfortunate that they have gone a step further by dragging the names of respected top government officials in the mud in their desperation to be appointed coordinator of the Amnesty Programme. We shall expose them henceforth if they continue on this ignoble path.

The recent allegation is a dangerous and wicked lie calculated at splashing mud on the NSA. General Monguno is a highly respected, disciplined and incorruptible military officer with impeccable and enviable records as the Chief of Defence Intelligence (CDI), Commander, Brigade of Guards and Defence Attache, among other top flight positions he held in a career that spanned over three decades. He is reputed to abhor corruption and cannot encourage fraudulent practices”.