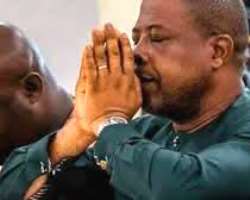 The amount was allegedly siphoned either for spurious and phony projects, projects/contracts not executed, and or through huge cash withdrawals for undisclosed purposes.

At a press conference in Owerri, yesterday, the commissioner for Information and Strategy, Declan Emelumba, said the misappropriated funds was discovered during a routine audit of the accounts and records of JAAC with the Bureau for Local Government and Chieftaincy Affairs by the Local Government Auditor General for the fiscal year ended 31/12/2019.

He said government’s action was in line with the NEW IMO Agenda to entrench a resilient and transparent public service and restore financial discipline and rule of law premised on extant laws pertaining to the Custody, Management and Appropriation of Public Funds.