The dynamics of COVID-19 interventions 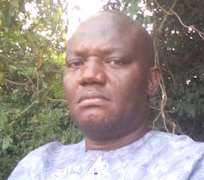 The world is passing through hard times and all eyes can see it! Like a trainee actor, waiting for a superstar to mentor him to stardom, coronavirus disease, aka COVID-19, is threatening to run the people out of their minds; and it is as if the gods are angry! At the last count, no fewer than 288 Nigerians have become infected with this invisible, global enemy; with 7 deaths recorded. In all, more than 1,607,912 people have been infected globally; and, fatalities in Italy alone have exceeded 18,270.

Findings have revealed that, while vaccines are available for other pandemics like Influenza, HIV/AIDS and Cholera, there is no known drug, yet, for cure; or vaccines against COVID-19. Amid this ugly reality, Governor Babajide Sanwo-Olu of Lagos State deserves commendation for providing “outstandingly exemplary leadership.” Let me also confess that, considering the level of preparedness for a pandemic of this magnitude, Governor Gboyega Oyetola’s timely response in Osun is also like a stitch in time that saves nine.

Not unexpectedly, the reality of the emergence of COVID-19 at the shores of Nigeria has shredded into tatters the vaguest claim, or the faintest semblance of a truly sovereign state. Its ravaging powers have also revealed an abominable illusion upon which her political leadership premises the mischievous and ambivalent working paradigm with which her system is being run. For a very long time, diverse calls and demands for funding of academic research in our universities by the Academic Staff Union of Universities (ASUU) have fallen on deaf ears. The thinking of successive-but-uninformed administrations and a section of the society is that university teachers are always asking for higher and juicy salaries through industrial actions and schools’ shutdown! Yet, it is not always a problem for politicians to sinfully make a fortune; and for hangers-on in the corridors of power to scandalously make billions of naira out of contracts that are sometimes never executed. Now that COVID-19 has come, and everybody now knows that it is share folly to grab political power without knowing what to do with it, maybe this would serve as a lesson to Nigerians, including those who would not bat an eye selling their birthrights for a morsel of porridge. Now, that we are in a dilemma, can all these emergency contractors come and help us fight the pandemic? Now that we are stuck, isn’t it time Nigeria started focusing on how to invest in science education and social institutions to the level that is acceptable to current civilization?

As James Bryce stated, leadership consists above all things “the promptitude in seeing the next step to be taken and courage in taking it.” Whenever disasters occur, the developed countries and advanced economies are all well-positioned in anticipation of what could happen. This is because they are always thinking ahead about the welfare and collective survival of their countries. Unfortunately, this is not so in Nigeria! Here, our leaders are experts at muddling through situations, through approach of infinitely inelastic vision parameters, thereby leading to cycles of clueless adventures. Sadly, the cycle is endless! But, can we blame them?

The tragic truth is that Nigeria is a country with a wrong focus and warped leadership orientation. Recent events will paint the reality of this notion in bold relief. First is Nasir el-Rufai, the man a section of the country is purportedly positioning for 2023! He has now been bitten by the COVID-19 bug; and he doesn’t know what to do! Now, what happens to the political plan and ambition? Few days back, Abba Kyari’s campaign materials for the next presidential election allegedly leaked to the public and everybody started talking about it on the social media. Now that the president’s Chief of Staff has been humbled by COVID-19, will he now admit that political power and influence have their limitations? We also have an Adams Oshiomhole, whose focus is just to remain permanently on the seat of power and no effort is being spared to achieve the game plan; and Godwin Obaseki, whose 2nd term as Edo State governor has become a ‘do-or-die.’ Now, COVID-19 is around! What can they do, if infected by the virus?

Between 1999 and 2007, Nigeria spent billions of dollars under the guise of fixing her power problems. At the end of the day, there’s practically nothing on ground to show for it. Former President Olusegun Obasanjo, who, incidentally, was the head of that wasteful era, has now donated one of his houses as Isolation Centre for COVID-19 patients, thinking that would be enough to atone for his sins! Anyway, who knows? Maybe if successive governments had built world-class specialist hospitals, coupled with excellent research institutes in Nigeria, our story would have been slightly different.

Well, it is a good thing that COVID-19 has happened to us in Nigeria. At least, it will give some of our people, more especially, even, for the leadership of this country, the opportunity to have a real focus for national, sociologically-enriched integration and national reorientation. Presently, nobody seems to know or have an understanding of what we are dealing with in Nigeria. Figures of infected persons are amorphous, to say the least. In the United Kingdom, recovery possibility stands at 50%. But, on a scale of 0 - 100, Nigeria is still at ‘Ground Zero’ on recovery possibility! Now that a barrel of crude oil is hovering between 20 and 40 dollars, what can President Muhammadu Buhari do? Unfortunately, the man doesn’t even know how to manufacture a gun. It is way so far out of his remit, even, as a retired Army General!

Many thanks to those who eventually prevailed on the president to speak to Nigerians! Initially, the worried and the fearful have had to cope with a president in whose dictionary empathy in times of distress remains trapped in an abandoned wasteland. Of course, this is not good for a country that prides itself in having a retired General as its president. Interestingly, a man with a national figure, in the person of Bola Tinubu, used the occasion of his 68th Birthday, and the 11th edition of the Bola Tinubu Colloquium, to speak to the nation. He touched on issues that are cogent and expedient to the collective survival of acountry too divided and distracted. At least, he has whetted Nigerians’ appetite for a debate.Even, his detractors have no reason to disagree with him.

May the Lamb of God, who takes away the sin of the world, heal our land!