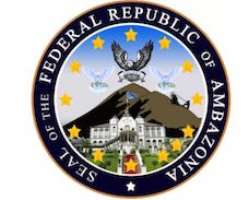 Ediki, Ambazonia:Friday, 10 April, 2020 - The Southern Cameroons Defence Force (SOCADEF) is the oldest existing self-defence force for the People and Territory of Ambazonia. On the urging of the UN Secretary General Antonio Gutierrez, a limited ceasefire was declared and then recently extended in Ambazonia for the purpose of COVID-19 relief and humanitarian aid. SOCADEF is committed to maintaining the ceasefire until the COVID-19 pandemic is no longer a threat. Mercenaries, identified as white Europeans, accompanied the Camerounaise troops as either advisors or specialists. Reports from the SOCADEF Supreme Field Commander in the area indicate the mercenaries spoke French and may be recently inserted Wagner Group members brought up from the neighboring Central African Republican. Use of mercenaries is forbidden under international humanitarian law. SOCADEF urges that the conflict be classified as a Non International Armed Conflict (NIAC), so that this and similar incidents below may be investigated by international authorities.

In an earlier incident, Camerounaise forces violated the spirit of the announcement of the initial SOCADEF unilateral ceasefire, hours before it went into effect, by using rocket launchers on the civilian population at Ikata and Bafia in Fako County killing a 34 year-old unarmed civilian and a father of three by the name of Lambe Bernard. This incident took place on Friday, the 27th of March 2020. SOCADEF under the command of its Fako Field Operational Commander, General OPOPO repelled the invaders, killing at least nine Camerounaise regular army at the Mile 14 outpost. SOCADEF acknowledges the recognition of its efforts by the United Nations, the United States State Department, the International Committee of the Red Cross and the Swiss Ministry of Foreign Affairs and urges immediate classification of the Ambazonian conflict as a Non International Armed Conflict (NIAC). NIAC classification will bring the provisions of the Geneva Convention into effect and may open the door to resumption of further unilateral ceasefire until COVID-19 ceased from being an existential threat to humanity.

We continue to communicate with all parties in the hope that this unilateral ceasefire brought about by the rampaging menace of COVID-19 may be the beginning of the road towards a JUST PEACE and a COMPREHENSIVE NEGOTIATED SETTLEMENT under the auspices of the Swiss-led International Mediation.