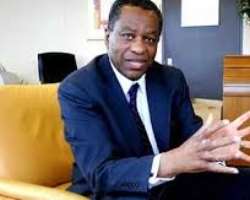 The number of Nigerians who have registered for evacuation on account of the COVID-19 pandemic has swelled to over 2,000.

It was gathered on Friday that majority of them are in the United States, United Kingdom, China and the United Arab Emirates.

The Ministry of Foreign Affairs had last week directed Nigerian missions abroad to compile a list of stranded Nigerian nationals who wish to come back home.

It stated that the financial implications would be borne by the prospective evacuees, who would also be compulsorily quarantined on arrival.

In response to the directive, the Nigerian Consulate in New York, United States, and the Nigerian High Commission in the UK announced in a statement on Sunday that they had begun compiling names of Nigerians willing to return home.

Providing an update on the registration exercise on Friday, a source said, “Over 2,000 Nigerians have registered and expressed interest in returning home. Most of them are in the US, UK, China and UAE. They were scared by the huge death toll being reported in these countries and they have expressed the willingness to undergo tests for COVID-19 before coming and be on compulsory quarantine on arrival in Nigeria.”

When asked if the evacuees would pay for their flights before or after returning to Nigeria, the official directed further inquiries to the Ministry of Foreign Affairs and the Nigerians in Diaspora Commission.

The NIDCOM Chief Executive Officer, Abike Dabiri-Erewa, confirmed that the number of individuals registering for evacuation was increasing but declined further comment.

She directed our correspondent to the Foreign Affairs Minister, Geoffrey Onyeama, on the modalities for the evacuation, adding that the minister would take the necessary decisions on the evacuation cost and other issues.

But the minister had yet to react to our inquiries as of the time of filing this report.

The ministry had also advised Nigerians to stay where they were, noting that medical experts said travellers were at a higher risk of contracting the disease.

It said the Nigerian Missions had continued to liaise with other countries as well as international organisations and render reports on key developments, with a view to boosting the domestic efforts back home.

The ministry advised, “Furthermore, our Heads of Mission have maintained communication with the leadership of the ministry at this period, to keep the ministry informed of the conditions of Nigerians in their respective host countries.

“However, it should be noted that medical experts have advised that it is better for individuals to remain where they are as people travelling from one place to another stand a higher risk of getting infected with COVID-19.”

Meanwhile, Onyeama has summoned the Chinese Ambassador to Nigeria, Dr Zhou Pingjian, over the alleged maltreatment of Nigerians in Guangzhou, China, by the police and state officials.

The ministry confirmed in a tweet via ‘@Nigeria MFA’ on Thursday that Onyeama engaged with the envoy over the eviction and stigmatisation of Nigerians in China.

It said, “The Hon Minister of Foreign Affairs, Geoffrey Onyeama, invited the Chinese Ambassador to Nigeria, Mr Zhou Pingjian, to communicate the Nigerian government’s extreme concern at allegations of maltreatment of Nigerians in Guangzhou, China and called for immediate Chinese government’s intervention.”

A viral video had shown some Nigerians in Guangzhou being evicted from their homes and chased down the street by Chinese policemen.

The Chinese officials were also said to have confiscated the passports of the Nigerians.

A second viral video also showed a Nigerian diplomat in China berating a Chinese official over the incident.

Meanwhile, the Chairman, Nigerians in Diaspora Commission, Mrs Abike Dabiri-Erewa, has reiterated the resolve of the Federal Government to protect Nigerians wherever they are.

Dabiri-Erewa said this against the backdrop of the alleged maltreatment of Nigerians by Chinese officials.

She asked the Chinese authorities not to make discriminatory laws against Nigerians living in the country.

This is contained in a statement in Abuja on Friday by the Head of Media and Public Relations Unit, NIDCOM, Abdur-Rahman Balogun. – Punch.