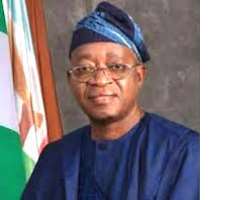 The Osun State government today said it would begin the distribution of food and relief materials to residents of the state tomorrow as part of efforts to cushion the effects of the state-wide lockdown because of cocid19.

This was according to a statement by Secretary to the State Government, Prince Wole Oyebamiji which was made available to The Nigeria Voice by the Chief Press Secretary to the Governor, Mr Gboyega Oyetola, Ismail Omipidan on Tuesday in Osogbo.

According to him, the state government has concluded arrangement to ensure that the palliative measures reach people across the nooks and crannies of the state.

Oyebamiji said the distribution of the food items to the residents was in furtherance of Governor Adegboyega Oyetola's commitment to the welfare and well-being of the citizenry.

It would be recalled that Governor Oyetola last week Tuesday, constituted a 21-man Food and Relief committee headed by the Osogbo-born business mogul, Asiwaju Tunde Badmus.

The committee was saddled with the responsibility of working out modalities to cushion the effect of restriction placed on human and vehicular movements amid the coronavirus outbreak.

Oyebamiji maintained that the administration would leave no stone unturned to ameliorate whatever the hardship people may face due to tte lockdown, adding that every household would be taken care of particularly the vulnerable ones in the course of the distribution exercise.

"The distribution of the gifts to the people will commence tomorrow Wednesday by the grace of God from the State government without necessarily waiting for more gifts expected from individuals as support.

"As a government, we have plans whether gifts come or do not come, we know we have social responsibility to our people. We are elected to be in government and we owe a duty to them.

"We must cater for their welfare, not only taking care of their health but also ensure that the well-being of the generality of the populace", he added.

Oyebamiji commended the numerous supports received from members of the public particularly members of the private sector and other well-meaning individuals, saying that the government would continue to appreciate its supportive friends, partners and donors in the efforts to contain the spread of the disease in the State.