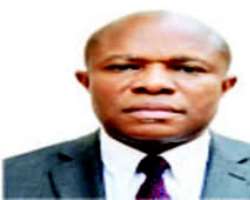 Barely 24 hours after the Economic and Financial Crimes Commission (EFCC), invited the Delta State governor's kinsman, the Accountant General of state over alleged misappropriation of N14 billion, the State chapter of the All Progressives Congress (APC), has called for his sack and other unscrupulous elements in the Okowa-led government.

In a press statement Tuesday by the Publicity Secretary of the party, Barr. Sylvester Ogheneluemu Omonina, in Asaba, said questionable characters who do not mean well should be shown the way out.

According to him, the All Progressives Congress (APC) in Delta State charges Governor Ifeanyi Okowa to weed out economic vampires in his Executive, and those who do not have good intentions for the State. The call of the Party becomes necessary in view of recent happenings in the State, wherein some members of the State Executive Council's handling of acts of governance have fallen short of the demands of their offices.

Also, the Party and Deltans note with shock, the level of heartless pilfering of public funds of the State by those who are supposed to be watchdogs to economic brigandage by political office holders.

He said: "Information in the public domain is that the Accountant General of the State, Mr. Cyril Agbele, had been invited by the Economic and Financial Crimes Commission (EFCC), in relation to misappropriation, misapplication and embezzlement of State funds, amounting to N14b (Fourteen Billion Naira). That is, without following due process, the order of the Governor and/ or the Commissioner for Finance, the said Cyril Agbele paid monies running into billions of Naira to his cronies who parade themselves as Delta State Government's Contractors, after allegedly collecting between ten to twenty percent of the contracts' sums from them!

"To all well-meaning Deltans, the above is a declaration of economic war against Deltans. This should not be treated with levity by the government and/ or seen as a "paddy paddy misdemeanour" by the State Governor, and it should not be!

"According to information made known to Deltans, when the State Government became aware of the monumental fraud, a classified Committee was set up to probe the activities of the Accountant General. Deltans who deserve to know how their patrimony is being used were kept in the dark, until EFCC attention was drawn to same through a petition.

"Some days ago, the Commissioner for Information labelled those whose interest is "a better Delta State" and Deltans as liars and enemies of State Government, because of a viral video, wherein two soldiers threatened to rape and infect women in Warri with sexually transmitted diseases. The Commissioner streneously made a defense in support of those "kaki boys" as not making any such threat. But to the total surprise of the Government of Delta State, the Nigerian Army arrested the culprits. Till date, the Governor of Delta State has not seen any wrong done by the Commissioner for information against those he governs, nor had he taken step to sack and/ or reprimand the said Commissioner!

"The Governor knows and we (Deltans)want to challenge him to run a government whose interest support the interest/welfare of Deltans, not a few persons.

"Deltans are still yearning for the sack of the Commissioner for information for his ignominious defence of those soldiers who threatened the lives of Warri women/Deltans. He is no longer trusted by Deltans.

"Your Excellency, write your name in gold by doing the needful in respect of the actions of those members of the State Executive Council", the statement added.