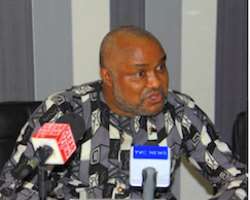 We in the Organised Human Rights Community under the auspices of HUMAN RIGHTS WRITERS ASSOCIATION OF NIGERIA (HURIWA) recognises that It is no longer news that there were some alleged deadly skirmishes in the Kaduna Custodial Center formally known as Kaduna convict prison on 31st of March 2020, according to various publications available on print and electronic media, the inmates of the congested facility had on that day protested over the pandemic Covid-19, having fears that one of the female inmates may have been infected by the virus going by what they claimed were symptoms of the virus on the lady. The protest was said to have degenerated into chaos and the armed squad of the center were mobilised to quell the protest.

We reliably gathered that live ammunitions were allegedly deployed and wantonly used on the protesting inmates thereby leading to the death of some inmates including awaiting trial inmates. This is unacceptable considering the fact that the inmates were not armed.

We are also aware that the authorities in both Kaduna and the headquarter of the service have been working tirelessly to cover up the alleged EXTRAJUDICIAL murder going by contradictory statements released by both the Kaduna state Comptroller of the service and the National Correctional Service spokesman.

In an interview the State Comptroller granted newsmen on the day of the fracas, he confirmed that no fatality was recorded but according to a publication by Premium Times, spokesman of the National Correctional Service Austin Njoku was contacted via telephone, and he alleged that 16 officials of the service were injured by the inmates during the protest.

On Friday 3rd April 2020, a publication by the Tribune newspaper revealed that according to the Kaduna state Comptroller of the correctional service, 10 officials of the center were attacked and injured by the inmates contradictind the earlier position taken by the Spokesman.

On 4th April 2020, the Kaduna state Comptroller signed a statement on behalf of the service were he reportedly admitted that 4 condemned inmates died during an attempted jailbreak.

These inconsistencies by the Kaduna state command of the Correctional Service and the National Correctional Service leaves a lot of questions than answers as to what actually happened on the 31st of March 2020 and this also makes the publication by both Saharareporters and PremiumTimes sounds more convincing than the contradictions displayed by the service.

Our Prayer:
1. We call on the Presidency to initiate an independent commission of enquiry made up of official of Amnesty International, National Human Rights commission and other credible Right organizations into the matter immediately to unravel the mysteries surrounding the death of the inmates and those found culpable must be punished accordingly to serve as detterance and to forestall future occurrences.

3. We also demand that the Correctional Service should as a matter of urgency provide proof of Life of all the inmates alleged to have been killed in the exclusive reports of both Saharareporters and PremiumTimes.

4. We also call on Amnesty International and other credible Human Rights Organizations to join HURIWA in putting pressure on the government to ensure that no stone is left unturned in the investigation into the matter.