Beyond The 14-Day Skeletal  Lockdown: Lessons from China. 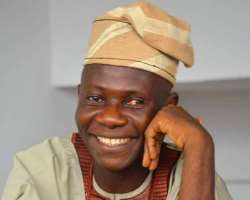 That the Corona Virus , otherwise known as Covid- 19 is a global health pandemic is no longer news as the WHO has already designated it as such . With over one million cases confirmed globally according to latest US survey ,what is of paramount importance at this material time however is what should be done to contain the spreqd of the virus and eventually exterminate it from the surface of the earth.

In Nigeria, the federal government towing the line of what is obtainable globally has ordered the lockdown of two major cities of Lagos and Ogun State and the Federal capital Territory, Abuja for two weeks in the first instance. While Lagos and Abuja are already into the end of their first week of lockdown, Ogun is at the verge of commencing.

This question is inevitable due to the fact that most residents of the state under lockdown whose means of livelihood have been disrupted and who probably might have exhausted whatever stockpile of food and other supplies they had are eager to return to work . But, the most appropriate question to ask at this juncture is can the government afford to allow normalcy to return to the business climate , just after two weeks ? This is a million dollar question.

This question for now can not be answered in the affirmative, but it sure calls for concern. Although, the Federal government's directive on lockdown came with a proviso , which state that the order will take effect for two weeks in the first instance, which

invariably means that the lockdown order may be extended if the federal government is not yet satisfied with the result obtained after the first round.

The social media has been awash with the story of China where the virus emanated in December 2019 and how it dramatically beat the rest of the world including the more technology savvy US into containing the virus , especially at Wuhan and the entire Hubei Province.

Contrary to widespread insinuations of conspiracy however, China was able to limit the spread of the virus to other important city such as Beijing and Shanghai due to the coordinated approach it adopted . China at the peak of the crisis was prepared to sacrifice Wuhan where the outbreak was first reported and a place designated as the epicentre of the health crisis and as such locked down Wuhan for nearly three months by restricting in bound and outbound of transportation to the entire Hubei Province.

This control measure for the 11 million population coupled with other responses is a great lesson to learn from China' s response , but the question again is can Nigeria afford such huge sacrifices of prolonged lockdown .? How long can the people and the entire nation afford the self- inflicted quarantine in the name of lockdown? These are questions still begging for answers.

By April 8 when in bound transportation to Wuhan would be lifted finally and the people are let loose to go about their normal daily activities, the people of Wuhan must have stayed at home for a total of 76 days , which is almost three months and they cooperated with the law enforcement agencies in obeying the restriction order and adhered to other safety measures.

In Nigeria with a total confirmed case of 190 at at press time ,and the epicentre of the crisis being Abuja and Lagos State with an estimated population of over 20 million, can Nigeria afford a total lockdown for three months without the attendant consequences in these commercial cities? Would the rules be relaxed ? What happens if the rule is relaxed ?

After the two weeks lockdown, how will the government deal with the post lockdown challenges ? These are some of the questions that most analysts are finding hard to answer.

Part of the proactive measures by the Chinese authorities is the coordinated medical response. At the last count ,no less than 43,000 medical workers from 340 medical teams dispatched from across China to Hubei Province alone were involved in the cleansing process . This is another good response from the Chinese citizens in addition to a good number of volunteers who rallied round the government to put a stop to the pandemic.

In Nigeria, such situation is not yet being witnessed. Instead ,each government even in states where there are yet no cases recorded are setting up isolation centres. While it is not a bad approach to invent such proactiveness, it may not also be out of place for the Federal government to order coordinated medical responses especially in states knows as the epicentre..

The Nigerian Centre for Disease Control and the Presidential Special Task Force in conjunction with the health Ministry has been doing a yeoman job in monitoring situations and giving updates on the pandemic .. These efforts should be sustained. Lucky enough, the NCDC has revealed that with over 71 per cent of the contacts of the virus careers already traced and monitored , there is a ray of hope that more cases would be detected which would lead to early treatment and cure. Also, while efforts should be intensified towards tracing more contact, this time calls for better patriotism from the people. This can be ensured when more people with suspicious cases are reported to the appropriate authorities. From all indications , contracting the virus is not a death sentence as has been revealed . With just two deaths and more cases being discharged especially from the Lagos State isolation centre, those who come up for treatment are sure of cure.

The efforts of coalition of corporate organisations and we'll meaning individuals who have rallied round through the donation of cash and medical equipment is also commendable and this period presents a better opportunity for others in these categories to join the fray .

While the end is not yet in sight and the collateral economic damages that will be the consequences of the ongoing pandemic is yet to be determined or ascertained , it is also very important that the entire nation continue to cooperate with the authorities and play individual roles by adhering to all safety and hygiene measures to contain the spread of the virus. The safety of one ,is the safety of all.

Waheed Ogunjobi, a Public Affairs analyst, writes from Abeokuta, Nigeria and can be reached on 08035004741 or [email protected]