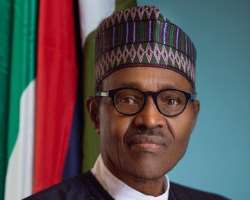 The Prominent Civil Rights Advocacy group HUMAN RIGHTS WRITERS ASSOCIATION OF NIGERIA (HURIWA) has condemned the reported widespread use of physical torture and the cases of extra-legal executions by suspected armed soldiers of Nigerians who purportedly violated the curfew imposed by the Nigerian government as a measure to contain and curtail the spread of the CORONAVIRUS PANDEMIC IN NIGERIA.

HURIWA has therefore asked President Muhammadu Buhari and the Chief of Army Staff Lieutenant General Tukur Yusuf Buratai to immediately arrest the soldiers who reportedly killed a youth in Warri, Delta State and the two soldiers seen on a viral video threatening to rape and infect mothers and young girls of Warri in Delta state with the Human Immune Virus (HIV) and other killer diseases in addition to the use of other physical harms as a way to retaliate what these professionally incompetent soldiers seen in that viral video called the killing of a soldier in Warri.

HURIWA in a statement by the National Coordinator Comrade Emmanuel Onwubiko and the National Media Affairs Director Miss Zainab Yusuf said that it is becoming increasingly frightening that the armed security forces deployed to check the violations of the 14 days lockdown and other curfews imposed by other State governors, are viewing the present time of the health emergency caused by the sweeping trends of CORONAVIRUS PANDEMIC as same thing as a time of MARSHAL LAW OR MILITARY DICTATORSHIP whereby the Constitution of the Federal Republic of Nigeria of 1999 as amended is suspended. HURIWA argued that it's practically impossible for the government that came in through democratic process to now serk to transform itself into a full dictatorship hiding under the Quarantine law which lacks the power of override over the GRUND NORM.

"Far from it, we want to remind the Federal government that the Quarantine law cited by the President a day after he declared the 14 days lockdown as the legal authority for his decision can not and has no power to override the CONSTITUTION OF THE FEDERAL REPUBLIC OF NIGERIA which is the law that the current head of the administration and his officials vowed and took oaths of offices to comply totally with. The Constitution is supreme and can not be overridden by any other legislations or edicts because the provisions of the Constitution in Chapter 4 are explicit on the Absolute ban on the use of torture against the citizens. The President must be told in black and White that FREEDOM FROM TORTURE IS ONE OF THE MOST UNIVERSALLY RECOGNISED HUMAN RIGHTS. TORTURE IS CONSIDERED SO BARBARIC AND INCOMPATIBLE WITH CIVILISED SOCIETY THAT IT CANNOT BE TOLERATED. TORTURERS ARE SEEN AS THE ‘ENEMY OF ALL MANKIND’.

"HURIWA also wishes to cite international law authorities to say that the ban on torture is found in a number of international treaties, including Article 2 of the United Nations Convention Against Torture, Article 3 of the Human Rights Convention and Article 5 of the Universal Declaration of Human Rights. A number of institutions work to enforce the ban on torture, including the UN’s Committee against Torture and the Human Rights Court. Article 3 of the Human Rights Convention (ECHR) declares: President Muhammadu Buhari must note that he can be dragged before the International Criminal court in The Hague Netherlands for crimes against humanity petpetrated by soldiers during the current lockdown. This is because no one shall be subjected to torture or to inhuman or degrading treatment or punishment. The Human Rights Court of European Union has stated that torture is ‘deliberate inhuman treatment causing very serious and cruel suffering’. It attaches to such treatment a ‘special stigma’. Similarly, Article 1 of the UN Convention Against Torture defines torture as the intentional infliction of severe pain or suffering, for a specific purpose (such as obtaining information or punishment) by, or with the consent of State authorities. It is legally umperative that the Army Chief and the President makes it clear to the soldiers that they are not permitted to carry out tortures again civilian populations no matter the provocation. These attitudes of some of these misbehaving soldiers are a direct threat to the huge efforts the Chief of Army Staff Lieutenant General Tukur Yusuf Buratai had made in mainstreaming the respect of human rights in all internal security operations. WE APPEAL TO THE CHIEF OF ARMY STAFF TO IMMEDIATELY HALT THESE CRIMINAL ACTS OF INFLICTION OF PHYSICAL TORTURE AND THE USE OF EXTRAJUDICIAL KILLINGS AGAINST CIVILIANS BY SOLDIERS on the ongoing internally military operation connected to the lockdown ".

HURIWA stated that as a CONSTITUTIONAL democracy, it is impossible for a subsidiary and indeed a lesser statute to be cited as an authority to try to jettison the time honoured and time tested supreme law of Nigeria which is the Constitution of the Federal Republic of Nigeria just as the Rights group said since Nigerian President working in partnership with the National Assembly did not take any verifiable steps to clearly declare a state of emergency it follows therefore that section 45 of the Constitution does not apply in this instance. Section 45 of the Nigerian constitution states as follows: "

Chapter 4. Section 45. Restriction On And Derogation From Fundamental Human Rights states- (1) Nothing in sections 37, 38, 39, 40 and 41 of this Constitution shall invalidate any law that is reasonably justifiable in a democratic society

(a) in the interest of defence, public safety, public order, public morality or public health; or

(3) In this section, a ” period of emergency” means any period during which there is in force a Proclamation of a state of emergency declared by the President in exercise of the powers conferred on him under section 305 of this Constitution."

HURIWA argued that the steps adopted to contain the spread of the CORONAVIRUS affliction are such that should be done to promote public good and therefore wondered HOW the widespread use of tortures by soldiers and police AGAINST CIVILIANS will serve the national interests. These brutes in military and police uniforms must be arrested; prosecuted and jailed for these seroes of crimes against humanity.

HURIWA calls on the governors the 36 states and the minister of the Federal Capital Territory to take transparent steps to call these various task forces to stop the use of tortures against the citizens or they will similarly be made suspevts to be dragged to the International Criminal court in The Hague Netherlands for crimes against humanity.