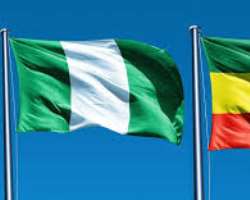 Freed Nigerian prison inmates in Ethiopia have appealed to the Federal Government to rehabilitate them before their evacuation from the East African country possibly after the Coronavirus pandemic.

Ethiopian Government had on March 25, 2020 set free 4,011 convicts whose cases are not homicide in nature as part of measures to curb the rapid transmission of Covid-19.

Among the freed inmates are 57 Nigerians, said to have be trapped while in transit in search of greener pastures.

Miss Chika Nwachukwu, an Asaba-based freedom advocate and international business executive, alleged that the freed inmates have been abandoned after the Ethiopian government granted them amnesty, adding that they have been screened to ensure that they don't have the dreaded virus.

Nwachukwu lamented that the Nigerian citizens were now been denied of the little care they were hitherto getting as inmates, adding that most of them who need proper medicare cannot access medical facilities.

She accused Nigerian government of not showing concern after their liberty, adding that the governments of other freed foreign inmates have already taken their citizens out of the prison premises to safer places within Ethiopia.

"The people are just there unattended to. They can't go out because of this Covid-19. Even the usual meals which they were being given while prison, are no longer be served.

"For now, they are assumed to be safe but if Ethiopian security agents make any arrest, the suspect is brought to the prison, and if such a suspect has Covid-19, the spread will be massive.

"They are lamenting, all they need now is for the Nigerian authorities to come and identify them and make provision for a safer place, probably a hotel where they can stay until the airspace is opened.

"For me, I don't know why it is taking this long for the federal government of Nigeria to respond and rehabilitate her citizens. Is it because most of them are from the eastern part of the country," she wondered.

It would be recalled that one of the inmates, Efe Odemu, a native of Delta State, died last year while serving his term in one of the federal prison facilities in Ethiopia.