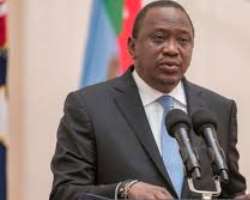 The experience from China clearly shows that the best way to prevent contacting covid-19 is to stay at home, keep social distance, and wash your hands with sanitizers as much as you can. The best ways to ensure that the above preventive measures are perfected is through lockdown of busy places, border restrictions and government declaration of curfews. Though the best way is to carry out scientific researches into how to vaccinate or treat the covid-19.But because Africa is still at the stage of singing, dancing and praying whenever faced with a scientific challenge, there is no need to talk about research, thus this article will only focus on the social perspectives of self-isolation, social distancing and sanitization.

This article will narrow down its scope to make remarks on how the government, the institutions, and the people of Kenya respondent to covid-19 control measures. The act of police brutality on 28th March will be given the first priority in this juncture. On this date the government declared a curfew to be observed from seven in the evening to five in the morning. Most of the people in towns like Nairobi and Mombasa did not manage to observe the curfew because they were not economically and psychologically prepared, but above all else the people had not economically adjusted. Most of the people in Kenya’s towns don’t have food reserves in the houses; they must go out to earn a daily wage from which they can buy daily food. The curfew got them in this fix. Unfortunately, the police men and women were overtaken by snobbish syndrome; they chose to please their bosses but not to serve the stranded people. The police went into amok feat. They ricocheted into violent beating and pummeling of un-armed poor women and men. Most of the people were running away, but the armed police still chased them down, to kick, hit, whack, thrash, thwack and do any act of barbaric brutality on these poor scums of Kenya’s urban earth. Women and men cried for forgiveness but the police were determined to show the poor that there was a crude brutality called ‘government.’

On the same night the people were brutalized into isolation, there were series of burglaries, house breaking and stealing as well as cold-blooded cases of murder across the country. This experience of police violence on the people in the times of viral terror made me to remember the themes vulgarity as displayed in capitalistic selfishness narrated in the plaque by Albert Camus to be literary prophesy that Africa and especially Kenya will be dominated by very primitive police force for centuries.

On this same date, the County Government of Uasin Gishu had taken a tribal bent in its war on covid-19.The governor of this County chose to distribute free sanitizers to the business premises owners from his tribe, while at the same time seriously brutalizing business owners from other tribes with violence, tormenting, and intimidation in form of systematic blaming of people from other tribes to be the carriers of covid-19. Uasin Gishu County is in the same Rift Valley region in which Elizabeth Holliwood, a South African national was violently quarantined at Nakuru town in a room with no security and basic necessities which left her then exposed to harmful weather, public booing by the riff-raffs, shouting at her ; corona! Corona! Only to find her wounded and dead in the following morning. So far the police have never explained.

Kenya as a cultural system has lost people-value; the people of Kenya are focused on pleasing those in power. The poor and the powerless are always victims of thrashing and trashing. The publicly observed panicking and anxiety in Kenya in relation to prevention of covid-19 is done out of snobbish fear that maybe if left unfettered, covid-19 will spread and affect family members from the politically prosperous families. But my dear reader stay convinced that if at all coronavirous had been a poor man’s disease no policeman would be seen on the street whipping people into self-isolation for prevention of covid-19. This type of public behaviour where public policy is administered with discrimination on basis of material success is known as political snobbery, social snobbery, or collective snobbishness. In most cases it is perpetrated by the snobs in power.

This does not mean that there is no genuine concern for the welfare of the Kenyan poor in war on covid-19. On the front lane are the media, the self-less nurses, the Red Cross workers, Amref workers, drivers of St John Ambulance and the citizens on the social Media. May these organizations and individuals enjoy good luck in the rest of their corporate and individual lives respectively.