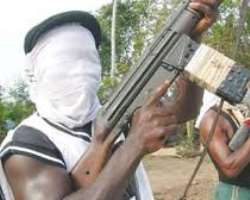 PRNigeria learnt that while the bandits suffered heavy casualties, at least 20 security personnel were killed during the bloody gun duel.

The bodies of security operatives and volunteers killed during the encounter were immediately evacuated and conveyed to the Minna General Hospital.

Efforts of PRNigeria to get responses from the spokespersons of both the Nigerian Army and Niger State Police command proved abortive as their mobile lines could not be reached at the time of filing this report.