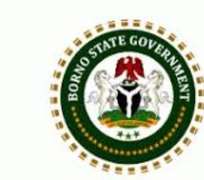 The Borno State Independent Electoral Commission, (BOSIEC) has suspended the proposed Local Government Elections 2020 till further notice as a result of the ban on public gathering in line with the federal government directives in its efforts to curb the spread of the Croroavirus.

The Chairman of the commission, Alhaji Abdu Usman while briefing journalists at the headquarters of of BOSIEC Maiduguri on Wednesday, said " taking into of the advised of the Federal and state gvermenrs comittees on the control of the CoronaVirus and the ban on gathering of not more than 50 people, the commission hereby indefinitely suspend the proposed local government election 2020"

He said " the BOSIEC had on the 9th of Match 2029 issued a notice of Election into the 27 local government councils in Borno state. The notice of the election which was to hold between 10th of March - 13th June, 2020.

"Taking into cognisance of the fact that the next activty in the time table whuch is primary elections of the political parties involves large gathering whuch will go against the directives on the pandermic coronavirus, the commussion has decided to suspend all the remaining activities and the time table indefinitely inline with section 26 of the Electoral Act 2010 (as amended). The rescheduled time table will be released as soon as the situation is brought under control", he added.

While regretting the inconvenience the postponement would cause all political parties in the state and the general public, Alhaji Usman said "the commission wishes to appreciate the cooperation and support of all stakeholders and good people of Borno state