We must involve women in the peace process 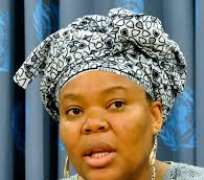 When we started our peace movement in Liberia in the heat of the civil war in 2003, we were called toothless bulldogs. But we proved that women’s active participation in a peace process can make a significant difference in the effectiveness and longevity of peace agreements. It all began with seven women before it became the Women of Liberia Mass Action for Peace — a mass movement of Christian and Muslim women committed to ending the war and achieving sustainable peace.

It is not that women are naturally more peaceful than men; rather they are committed participants in peace processes that affect the entire spectrum of a society. If a peace process is left in the hands of military men or warlords whose expertise is war, we shouldn’t be surprised if the result denies the needs of average citizens.

A peace process enables an examination of the impact of conflict on the entire community and creates a roadmap for addressing the social, political and economic causes of such a conflict. It is not a one-size-fits-all - what worked well in Liberia, for example, may not work in Rwanda. While lessons can be learned from each situation, the key inescapable point is that a peace process must be led by local actors, including women.

In April 2019, I had the opportunity to spend time with officials of women’s organisations in Cameroon. The women recounted horrific stories of rape, the hacking off of hands by armed groups and the abduction of young children for the purpose of turning them into killing machines. Their families faced malnutrition and other health challenges. In whole regions of the country, schools and businesses have been closed, as communities live in fear of armed attacks.

While these sufferings and human rights violations are going on, world leaders and the international community are struggling to find a solution to the Cameroon crisis. Well-intentioned as these efforts are, they err in sidelining women.

Cameroonian women understand the root causes of the conflict in their country and the dynamics that continue to fuel the crisis. The international community should assist in strengthening the solidarity between women in the anglophone and francophone regions of Cameroon, enhance their leadership capacity and help speed the momentum for peace.

In Egypt, Sudan, Tunisia and other parts of the world, we must ensure that women’s peace and democracy activism is rewarded not just with jobs and political leadership but also with the transformation of the lives of all women.

The value of what women do at the community level, without recognition, without funding, is incalculable. Women are the ones sustaining peace and nurturing society, yet most never get to attend high-profile events overseas, nor do they get adequate political representation. Political leaders and national strategic plans will come and go, but women’s commitment to building a better society for their children remains a constant.

If we are to Silence the Guns by 2020 as the African Union directs, African leaders must govern with integrity, foster development and tackle corruption. They must address injustices and impunity, particularly regarding sexual violence. The bodies of women, children and the vulnerable must not be exploited. Laws and traditions and cultural practices that devalue women and make them second-class citizens need to be expunged from the statute books. Women are not objects, they are persons.

We must cut back on the purchase of arms and munitions. Women will tell you that Africans need security, affordable healthcare, quality education, justice and all the things that dignify a human so that they are not led by deprivation to fight. It is time to heed women’s wise counsel. This is an issue of leadership and political will.

What peace means
We need to reframe our notion of peace. Peace is not the absence of war; it is the full expression of human dignity. Peace is an environment in which human needs can be met. It means education for our children, health systems that function, a fair and unbiased justice system, food on the table in every home, an empowered, recognised, appreciated and fully compensated community of women and a lot more.

International organisations must trust women and listen to their guidance. Too often, funding for grassroots women’s groups is considered risky. Women’s groups may be expected to have a record of funding before new funding is allowed. That is like being denied a visa because you haven’t traveled before.

We need institutions that are willing to trust women. As important as it is to invite women to New York and Geneva for conferences, international organisations must support these women to stay on the frontlines of nation-building in their respective countries.

Women also need to be active in politics—as candidates, elected officials and voters—because if the political class does not include them, women’s issues will not be addressed. The unanimous election of Sahle-Work Zewde to the position of president of Ethiopia by members of the Federal Parliamentary Assembly in October 2018, making her the first woman to hold that office and Africa’s only female head of state in 2019, is a powerful statement and an inspiration to young women across the continent.

Leymah Gbowee, a Liberian, received the Nobel Peace Prize in 2011 for her work in leading a women’s peace movement that helped end the Liberian civil war in 2003.