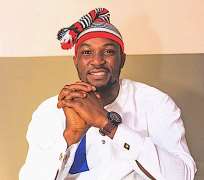 The late President & Commander in Chief of the Armed forces of Nigeria, Alhaji Umaru Musa Yar’Adua GCFR, on June 25, 2009, proclaimed a 60-day unconditional amnesty period for militants in the Niger Delta as a step towards resolving the protracted insecurity in the region. The terms of the Amnesty include the willingness and readiness of militants to surrender their arms unconditionally, renounce militancy and sign an undertaking to that effect.

In return, the government pledged it's commitment to institute programmes to assist their disarmament, demobilization, rehabilitation and provision of reintegration assistance to the militants. These are major preconditions to address wider developmental challenges in the Niger Delta.

The objectives of the Amnesty programme are highlighted to contribute to security stabilization in the Niger Delta through the disarmament, demobilization, rehabilitation and sustainable re-integration of ex-militants as a precondition for medium and long term development.

Successive government over the years have sustained this program down to the current administration of President Mohammadu Buhari and since inception of this programme, the Special Advisers to the President has all been from the South-South geopolitical zone except between January 2011 to 2015 when Kingsley Kuku from Ondo State in Soth Weast headed the agency. It is crystal clear that the Niger Delta region is made up of 6 states of the South South, one from South West and 2 states from the South East and for the South South and South West to have had the position from 2009 till 2020, it is only normal in all manner of fairness for the position to shift to the remaining zone of the South East.

In the face of the many marginalization of the Igbo nation (South East), it will be to the delight of the zone and for equity that the South East zone holds the position of the Special Adviser to the President on Amnesty to balance things up and ensure that a sense of belonging is given to the South East people. The President is advised to make proper scrutiny and be fair enough to appoint the next Special Adviser to coordinate the Amnesty programme from either Imo or Abia state to restore the confidence of the south east people in his administration.

Martin Okorowu is a Correspondent of The Nigerian Voice, Owerri, Imo State and can be reached via email - [email protected] or contacted by phone - 07038306570.