Fumigating The Perpetrators Of Rape; A Plea To The Colossus Community 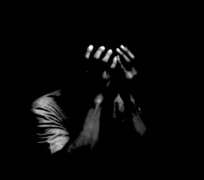 Listening to SHE MATTERS every Sunday afternoon, a radio broadcast program of Fresh FM, Ibadan that sometimes denudes the gallivanting activities of rape and rapists in our communities infuriated my decision of writing and channelling my grievances to the “influential” quarters of the Nigerian community. The effects of rape and nefarious activities of rapists engulfing, spreading and dappling our society cannot be conformed to or protected anymore. It is strange and distressing that the upsurge spread of this rape stories, intravening the air like a sporadic disease cannot be underestimated, as it is shattering and smashing the innocent offing of the Nigerian society.

Everyday, the media and the neighborhood cannot but divulge its own miserable and elegiac tales of rape, couching how women and girls of different age range are plagued and harassed by these lunatic miscreants and hoodlumic neighbours. Rape is fast growing like a venereal disease, yet I wonder why these crops of hare-brained perpetrators still dawdle like kings on the streets effonterily without being adequately prosecuted. Many times, we've heard of some trusted personalities that were sometimes caught ensnaring the internally displaced families and vulnerable victims, and even not bothering about the nearest implications. Having weighed these pestilence in its resilience, it’s imperative we all know that the war against rape is just like a flame thrower. Government efforts are too tender and exiguous, her laws are just too economical or not drastic enough for prosecution.

Seemingly, many readers would want to counter dissent or pick up argument with me that most rape sufferers are architects of their own misfortunes, by wearing dishy and provocative clothes which can attracts the cults of rapists. Forsooth, this looks to have its own iota of truth, but what excuse will you give a veteran frenzied rapist who aggressively raped a six week old baby in Oyo State? Or what would you want to say for a gang of six boys who mischievously tear down a old woman of 82 year old? For what reason would vindicate their actions? Is it the same reasons of immoral dressings? I guessed it's emphatically No

All these peeving and nauseating acts manifestly shows how unguarded our law could unveil itself. An equally infuriating case was a reported story of an 18 year old lady in Lagos, who hawks as a means to eke out for living. It’s deplorable to divulge that this girl was dispassionately raped by a group of street lords since she refused to submit to their awkward sexual biddings. The nefarious acts of her rapist made her blatantly abnegated and discriminated from the society, however, she couldn’t but find her easiest solace in shuffling off the mortal coil. Maybe recently we also heard the reports of how a group of three boys, who are members of the church as their victim, took turns in raping their pastor’s wife in the pastor’s home and on his matrimonial bed. What a mess!

More despicable is the enigma and eerie stands of how the people who claimed to be protecting us are found playing on the fetid sides of the story. We must have been familiar with some of the bad ones amidst the enforcement agencies of whom are most blameworthy of this accusation, their enfilades are fired at the timid victims of war who seems to be wearied and weak. No wonder the Amnesty International steadily points accusing fingers at the Nigerian government and its forces.

Consequently, it is horrifying and disillusioning that rape cases in our contemporary society had become an empirical reference and gradually becoming the enamored stew which cannot be eschewed by these mentally deranged criminals. Take a simple gait on happenings in your street, and you’ll espy teenagers that are regularly mono- raped or gang-raped, unbuttoned, giggled at and generally assaulted like an animal by these rapists in a broad day light without fear.The erupting scenes of rape which are exhausted minute by minute are too heinous, you’ll tell me what you’ll say of some possessed step-fathers encroaching and pounding hard on their closed-mouthed step-daughters? Or what will you say of some sects of repudiated and dissipated members of the streets who delightedly perforates the retired entrance of aged frail women? It’s apparently disgusting that only the sufferers of these incidences are blamed, the offenders are not encumbered by any law or government, while little or nothing is done when cases of rapes are reported.

Dear intelligent readers, as I channel my annoyance to you this day, I want you all to once again consider this goading angst and questions, with the thought of why perpetrators still walk on the streets without being falsified and the thoughts of the lackluster response of justice administrators and institutions responsible for this impunity.

Finally, before the large vulnerable and pessimistic Nigerian community finally becomes despondent on the issues surrounding rape, I beseech our colossus community not to be carried away by these intrigues but carried into the alleviating fight against rape. Rape is not a fortuitous act, so it should not be treated evanescent. Perpetrators should never be kept fugitive, they should bear the measures of its consequences.

Therein, I plead with the concerned stakeholders and women activists to help enmeshing the rapists before they grow wings and become invisible. The lawmakers should make complex and drastic law that would kill the ego of their strength and send them on exile. Victims of rape also should not just expostulate and rant at the comfort on their homes but cry to the necessary quarters who can help fight until they are properly vindicated. We all should debouch from our deckchairs to desalinizing the system before the nearest Damocles strikes.