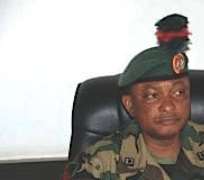 Atewe is standing trial alongside Patrick Akpobolokemi, a former Director-General of Nigerian Maritime Administration and Safety Agency, NIMASA, Kime Enzogu and Josephine Otuaga on a 22-count charge of conspiracy, stealing and money laundering.

While being led-in-evidence by counsel for the EFCC, Rotimi Oyedepo, the former compliance officer, currently an Internal Auditor with Stanbic IBTC bank, testified as the fourth prosecution witness, PW4.

Edafe said: “Sometime between 2014 and 2015, Atewe expressed interest in buying 30,000 units of shares from MTN Links through his Stanbic IBTC stockbroker.

“Following the notification, various documents were completed and made available regarding the transaction and Atewe made transfers to his Stanbic IBTC Bank account for the transaction.

“After Mr. Atewe showed interest in buying 30,000 units of shares, we valued it and documents were prepared.

“Documents that were prepared for the transaction are: Purchase Order Form, which reflected that a unit was purchased for $27; Share Transfer Form; Utility Bill; Application Form; Means of Identification, which was the client’s international passport; three copies of Confidentiality and non-disclosure agreement.

“Evidence of transfer of money, which was provided by Mr. Atewe; a letter from Atewe authorizing remit of proceeds to Standard Chartered Bank in favour of Mr. Atewe; and a letter informing Stanbic IBTC the intention of Mr. Atewe to purchase 30,000 units of shares.”

Under cross-examination by the defence, Edafe told the court that he never came across Akpobolokemi’s name during the transaction and that he was not a beneficiary of the transaction.

Earlier in the course of proceedings, the third prosecution witness, Gideon Dachung, a Forensic Analyst and Document Examiner with the EFCC was cross-examined by the defence.

He was shown Exhibit C24, Exhibit G9 and Exhibit G17, and asked if he could establish, by merely looking at the exhibits, that the signatures on them have pictorial resemblance or not.

He, however, told the court that the two signatures on Exhibit C24 did not have any pictorial resemblance.