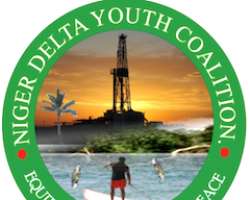 As political gladiators begin permutations on the likely geopolitical zones of the country that the presidency should shift to, come 2023, the Niger Delta Youth Coalition (NDYC) says South South and South East remain the best options for the nation.

He expressed the opinion that Presidency should return to the South South to enable the zone complete it's remaining four years cut short by President Muhammadu Buhari's administration under the former President Goodluck Jonathan.

" That is the only way to be fair to the oil-rich Niger Delta. Goodluck Jonathan with his wealth of experience is the best bet. If allowed to complete the process, and with his enviable record of experience, there would be peace, accelerated development and sense of belonging".

The youth leader who further presented another alternative noted that the power could shift to the South East since that remains the only zone that had not taken a shot at the presidency.

" The South East has never occupied the presidency since whistle blew on the second republic till today.

" This injustice meted on the South East is inexplicable. It is beginning to look like a stigma. Let the zone take the presidency in 2023 and be allowed to go it's two tenures of eight years.

" South East prides of such materials as Ogbonnaya Onu, Orji Uzor Kalu and some other leaders with good experience in governance".

The NDYC boss explained that the nation has passed through enough hard times and time has come for some past mistakes which were glaringly obvious to bec orrected.

He emphasised that inordinate ambition and unnecessary sentiments should not be allowed to becloud the view of the present crop of Nigerians as we approach 2023 and who becomes the next President of the country.