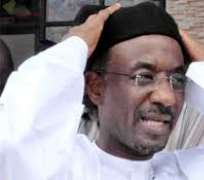 The deposed Emir of Kano, Sanusi Lamido Sanusi was sent to Loko in Nasarrawa State so they can kill him using the bandits and criminals that pervade the area. This was the situation before the traditional ruler of Loko town informed Emir Sanusi that there are major security concerns in the town and suggested that they move him to another place. This was before the decision to move him from Loko in Toto , Nasarrawa to Awe.

Loko is a town close to the boundary between Benue and Nasarrawa. It is some thirty minutes drive or less to Agatu in Benue State where the Fulani herdsmen and the villages had a bloody battle. While the Fulanis have taken by force the water valleys of Agatu, and across Nasarrawa, they have very little presence in Loko because the town is scorched, with mountains, rocks and little vegetation. Even Fulani herdsmen rejected Loko town for their cows. That was where the dollar stuffing criminals who deposed Sanusi wanted him to be sent to.

Loko town has no electricity. It has serious security concerns. It has a police station that has not up to twenty staff, from my estimate. I was in Agatu in Benue and Nasarrawa Toto last month on a fact finding mission to determine whether peace have actually returned to the place, little did I know that this scorched place will house a former CBN Governor, Former MD of First Bank and a former First Class Emir , because he became a traditional ruler in Nigeria.

The Fulani’s are not terrorizing Agatu, children are going to school, farmers are going to their farms but the Fulanis have colonized the water valleys with their pasture. Loko town in Toto has vigilante in every one kilometer of the major roads because criminals manifest from the rocks and attack travelers with AK-47. The town during my visits last month, has no electricity, but GSM and date network is available and clear. There is nothing attractive about the place.

It is with shock that I received the news that Governor Ganduje and the powers that deposed Sanusi wanted him to spend the rest of his life in a place like Toto. Their intention cannot be anything but to allow him to be killed there by the criminals ravaging the place and we will be told that Allah giveth and Allah taketh. These people want Sanusi to be attacked and killed there. Abaji in Kogi is more developed than Loko in Nasarrawa Toto.

I want to thank Sanusi who rejected the depravity of the place when he was taken there. The new town of Awe where he was taken is twice better that Loko, but it is still a village and has some less security concerns than the former.

I have always supported Sanusi right from his time as CBN Governor under Jonathan, when he was having running battles with all manners of people over his frankness and abrasiveness and anti-corruption moves. I have written many articles in his support and I am happy that Emir Sanusi has remained consistent in speaking against evil, against corruption and against mediocrity.

The throne is already chaliced. Demons have taken over the Emirate and Sanusi’s world is just opening. However, any attempt to force him to a life in Awe village will be resisted by us. The criminals in Kano who banished him have started denying. If Ganduje’s aides said that they did not banish him, then it means that it is Buhari that banished him to Loko.

Those that banished Sanusi to Loko , a criminal infested village ,are looking for excuses to kill him and the condemnation from well meaning Nigerians will not allow the evil plot to stand