Kkk Has Been Reborn In Uganda Before The 2021 Elections 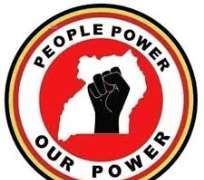 Uganda's People Power (PP) are the equivalent of Ku Klux Klan(KKK). If you want hate politics these days, become a PP. You can start off with Besigye-hating and then graduate to calling all "opposition-are-moles”. They bully, blackmail and intimidate people on who to vote for. That is a fact that no one can change no matter how much they'd like to. There are no "yeah but"s. It is what it is.

They label Baganda who don't support Bobi Wine as "Judas". They've deluded themselves so thoroughly that they don't even recognize hatred and tribalism when and by who it occurs. If Uganda gets rid of Museveni, and it will happen, we need something or someone better, not the same or worse.

Sinking deeper into a hebetudinous state day after day, PP call themselves the " real opposition " while the rest are fake. They call Besigye an NRM project and are using the same lines against Lt. Gen. Henry Tumukunde and several others.

Just like PP, the KKK was more of a social group than a political party. The KKK was founded in the immediate aftermath of the Civil war by six former Confederate soldiers in Tennessee. The six young men who were budding lawyers, saw themselves as merely a circle of likeminded friends. In the beginning, their activities were harmless. But soon, the KKK evolved into a multistate terrorist organisation designed to frighten and kill black slaves.

KKK was affiliated with the Democrats at the beginning till in 1960s when the big switch happened. It was Barry Goldwater who converted them into Republicans. They've been Republican ever since. Democrats like George Wallace used the dogs and fire hoses on the blacks, it wasn't Republicans. Republicans voted for the civil rights act while Democrat Senator Robert Byrd filibustered the Civil Rights act. If you remember, it was President Eisenhower who sent in the National Guard to protect the blacks from the Democrats and the KKK.

Similarly, PP started off as something nice and unifying, and affiliated with the " togikwatako " -- a movement of politicians and people against removal of presidential age limit. Then, Bobi started owning its slogan of " people power", it's red colour dressing, and now they are making deals with NRM to destroy FDC, as exemplified in the recent Kampala speakership contest, where Kawalya Abubakar won and FDC's Nyanjula Doreen lost. They reportedly pelt musicians that don't support Bobi with bottles, and insult anybody who disagrees with them.

Yes, there are obvious cosmetic differences between the KKK and PP but the core objectives of preaching hatred, dividing and get support, sending messages to instill fear,e.t.c, remains the same. Tribalism, like racism (that was/is practiced by KKK), is not a left- or right-wing issue, it’s certainly not an FDC or Besigye issue, it is about your tribe and how you are forced to make certain political decisions because of your tribe. Being a tribalist doesn't mean you deserve to be beaten to death by a mob or killed by the police. I’m certainly not asking the state or anybody to kill PPs, but the hatred PP are promoting among Ugandans requires collective responsibility.

Because of PP, things are looking a whole lot better for Museveni and NRM these days. Uganda is just a few months away from presidential elections, but the opposition is still divided, confused, and delusional. The onset of World War 2 and a number of internal scandals laid the KKK low. Public sentiment turned against them as the unity of a country at war trumped its message of separatism. But within a few years after the war, their membership picked up again. It's the responsibility of all Ugandans to stop PP before it grows into something scarier than it is now. A lot of people ignored them at the beginning, simply calling them " hooligans “, but I see a lot are coming on board to stop them.

May be, in future, after the 2021 elections, we shall need a reconciliation committee of all those in opposition and see if peace and unity is restored in the opposition ranks. I’m for love, but I never keep quiet when I see something wrong. I would recommend the Netflix Documentary White Right: Meeting the Enemy. It’s made by a Muslim film maker D Khan. It shows what can happen when hate is met by love, and an attempt to understand and start a dialogue with them. It is well worth the time it takes to watch.