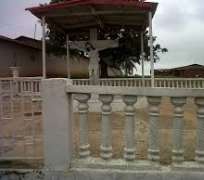 KERUBU 2020 promises to be a fantastically exciting Annual General Meeting of the Alumni Association of the Cherubim and Seraphim High School, Ilésà. It promises to be a reunion that is destined for the History books of the great Alma Mater. It would be special in all ramifications.

Cherubim and Seraphim High School, Ilésà, an extremely very young school at 50 years of age, this year, has every reason to be proud of its existence so far. Despite the blemish of ignoble era brought about by Raufu Adesoji Aregbesola's years of locust, years of devastation, years of destruction, that stunted the development on all facets of Osun State, the "State of the Living Spring," in all ramifications, KERUBU is still standing, and standing tall.

Our dear KERUBU, my darling KERUBU, ensconced in the wings of a richly endowed 48 Acre land, in my time, about 45 years ago, brimmed with fruits of all kinds. From Àgbálùmò, Òrombó, Móngòrò, Ìyeyè, Kashú to Tanjarínnì and Gúáfà. There were also some kolanut trees mingled with cocoa trees. The environment, luxuriant and exuberant in its greenness, was always lavish and luscious in its abundance. It gleamed and glistened across seasons. Its beauty, seductively sequestered, like a body of a woman of easy virtue, longing to be taken, glowed tantalizingly.

Naturally, the beautiful environment baited and beguiled the curiosity of students. It elicited their exploration. It stirred their imagination. It was a magnet for adventurous ones, especially, those that came in from cities and big towns. It unwittingly, provided rendezvous for willing students who sought escape from the rigours of the school obligations. It was simply tempting, alluring and pulsating. It was enchanting, fascinating and mischievously glamorous.

My humble self, raised in a beautiful village, and fairly familiar with farm environments was not left out of the self - indulgent Kerubic adventures. Not with my addiction to Ìyeyè and Àgbálùmò. And Àgbálùmò, with its uncanny ability to glue your mouth together after you have had so many, a usually compulsory aftermath that deprives your mouth its inalienable right of freedom of movement, if it could write, would have my name in its book of records.

Those inebriating years with my wonderful maternal grandparents, exposed me to the beauty and marvels of nature. The grandeur of nature, I was made to understand and relish. Those years were when I was made to appreciate what nature really was and still is, its rules, its expectations, its usefulness and how it exacts consequences on the foolish and the careless. They were invaluable years. And unarguably, the best years of my life.

The Iyàrà, laying prostrate at the edge of our KERUBU, deep, dark, and dreary in its ominous quietude, was not enticing in any manner. Damp, drab and dismal in its countenance, the dungeon was dingy, doleful and depressive in its dissension. This dungeon, Iyàrà, which according to the attestations of History, was dug by the renowned Ijesa Generalissimo, Ògèdèmgbè Agbógungbórò, to protect Ilesa City from unexpected invasion bordered KERUBU from the Wesley Guild Hospital end. To this extent, it was difficult for any student to play any prank approaching the school via Ìyèmògún road.

The Bolorunduro end, which linked the school to the Boys' and Girls' Hostels then, also availed some Day Students the opportunity to feed their curiosity, engage in wrongly timed adventures and try out some pranks, especially when they came late to the school. Students took advantage of the vastness of the beautifully alluring and richly pulsating environment to take "uncharted" routes to the school.

On that end, flows River KERUBU, so named by the students. Not more than five to six feet wide, it was so undeep that one could see its floor through the translucently clean water, as it snakes away in hurried majesty, making whistling sounds intermixing with the chipping of birds, creating a delirium. The boarding students have to cross it twice daily to and from the school.

Those of us, who also frequented Aburi, apart from those who attended the school from Bolorunduro axis, were familiar with River KERUBU. Aburi itself, became part of KERUBU's folktales. Famous for its affordable food for the students, a song was even composed to appreciate the value of its service to the students. The song goes thus:

O tobì yéyee.
(It is very, very big).
From the Ìyèmògún end, the Southern end of the School, there was not a lot of challenges in terms of the students taking uncharted paths to school because, unlike now, there were no houses at that angle then. That end formed part of the attraction for the adventurous and curious students from the other cities to Ilésà, the Hometown of Elédùmarè.

That end, vast in its richness of nature, thick in its texture, luscious in its look, daring in its demeanor, projected a combination of fear and fondness. Fear arising from its being an abode of dangerous reptiles, some of which occasionally invaded the school grounds but which the clean and neat environment would not shroud their visitation.

Fondness, because of its hypnotic and magnetic attraction for the curious, inquisitive, intrusive and meddlesome among the students. The fragrance of freshness, the benign billowing breeze, the rhyme of the clattering leaves and the rhythm of the trees with naturally choreographed dalliances of their branches were too alluring and pulsating to be permanently ignored.

Our KERUBU was and still is emblematic of cherubic, ooh, my apology, KERUBIC environment. A heaven on mother Earth. A paradise in the physical world. A Garden of Eden of which Adam and Eve would have been helplessly, very envious of. My KERUBU, our KERUBU, was situated in the midst of nature, untainted, unabridged and unsullied nature. Chaste. Clean. Angelic.

Come March 28, this year, we shall gather together to relive these old memories. We shall all indulge in the revelry of nostalgia. We shall all meet with faces that we have not seen in long, long years. We shall fete our shining lights that have made our school to stand tall in the comity of Schools. We shall plan for further developments, no longer encumbered by wrong headed public education policies.

It would be an opportunity to show our gratitude to Governor Gbóyèga Oyetola for returning our school to us, for bringing back sanity. If you have not marked your Calendar for the scheduled date, you better do it now. No one would be able to afford to miss out.

Come, let us get together as KERUBIANS to celebrate our KERUBU.