Africa’s Free Trade Area: What we must do for a smooth take-off on 1st July 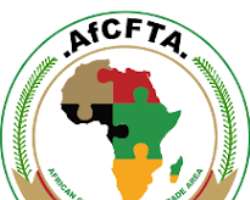 Trading in Africa’s free trade area is scheduled to begin on 1 July.

This ambitious initiative creates a single market for goods and services and a customs union with free movement of capital and business travelers–the world’s largest given Africa’s 1.2 billon population and combined GDP of over $2.5 trillion.

A recent article by Landry Signé in Foreign Affairs titled “How Africa Is Bucking the Isolationist Trend,” noted that if the continental trade agreement is successfully implemented, Africa will have a combined consumer and business spending of $6.7 trillion by 2030.

The stakes are high. The newly-appointed African Continental Free Trade Area (AfCFTA) Secretary General, Wamkele Mene, and his team must, by necessity, prioritize communication and advocacy. In recent months, decisions have been made at an unprecedented rate, meaning that many member states are yet to fully appreciate the implications of this mammoth project. Hence the need to inform and educate on what it entails.

It is imperative that before 1 July 2020, there be strategic engagement with all Ministries of Finance, Trade/Industry and Immigration on the continent to arrive at a common understanding of what lies ahead. Africa has made tremendous strides in information and communication technologies (ICTs) having heavily invested in fibre optics that would be instrumental in developing an effective communications strategy.

The AfCFTA Secretariat in Accra, Ghana, should ensure that national budgets have provisions to cushion members from revenue losses from customs duties and other border taxes that will be the first casualties of the free trade area. They should candidly discuss the impending changes in power dynamics by addressing information gaps between policy makers and implementers of policy.

It must also be the role of the AfCFTA Secretariat to help facilitate information among Africans to add value to materials produced on the continent. The nascent chocolate manufacturing industry in Kenya, for instance, finds it easier to import cocoa beans from Belgium than from West Africa, the main producer of the commodity.

At the highest level, each member state should announce changes to immigration policies on free movement of Africans within the continent. Presidents of Ghana, Kenya, Rwanda and Nigeria publicly announced that no African will require a visa to enter their respective countries. Such proclamations are important quick wins as they avoid reputational risks when member states’ actions or inactions are contrary to agreements reached at AU summits.

Currently Africans do not need visas to enter at least 30 African countries, and there is optimism about the rollout of an African passport as agreed by heads of state and governments in July 2016. A few countries such as South Africa and Ethiopia are, however, hesitant to allow visa-free entry, given expected loss of revenue. There is also the possibility of criminals taking advantage of open borders to export mayhem. To mitigate this challenge, the AU must adopt biometric identity technology.

To put intra-continental trade on track from the outset, the issue of origin of goods should be dealt with before the 1 July start date. Rules of origin have always been a problem in many trade agreements and AfCFTA will not be an exception. Minor conflicts around this often lead to enormous losses when non-tariff measures like administrative bottlenecks at border points are used to frustrate partners.

Technology should inform the formulation of a comprehensive policy that outlines the application of these rules to limit their violation by member states.

A blockchain technology-based electronic certificates of origin (eCOs) was successfully piloted and commercialized in Singapore. The technology issues export documents certifying the country of manufacture or shipment, and instantaneously reports to all interested parties. The digital records cannot be deleted or altered. Several other countries, including Kenya are using the same to modernize the issuance of these trade facilitation processes. Blockchain is immutable and promotes transparency – a low hanging fruit that will bolster trust among member countries.

There are other medium and long-term imperatives for realising Africa’s dream: opening of African skies to facilitate cheaper air transport services; building of infrastructure (especially access to affordable broadband) and fighting corruption.

In the long-term, focus must be on comprehensive infrastructure such as ports, roads and power supply. These are projects that, if packaged well, could attract investments. Togo, for example, has entered into public private partnership, carried out port reforms, and improved transit to connect with neighbouring landlocked countries, to become a major West Africa maritime hub.

One of the greatest risks to the AfCFTA will be over-reliance on aid to finance its activities. If the Agreement is to succeed, Africa must mobilize its own resources to ensure the Secretariat’s budget, and further build institutions that will guarantee AfCFTA’s success. Other risks include diverse non-tariff barriers, and the lack of policy coherence and economic power symmetry between countries.

And as 1 July nears, only 28 countries have ratified the agreement. It will require a majority of the 55 AU member states to assent to the Agreement for it to ensure meaningful free movement of goods and services – the cornerstone of intra-Africa trade.

Although the slow approach by some countries to the ratification of the Agreement could be related to fears of potential revenue loss and of foreign goods flooding domestic markets making it difficult for local industries to compete, mistrust is a key factor.

There is always resistance to change, but with a proactive communication and advocacy strategy, using technology to build trusted systems and investment in infrastructure, the AfCFTA Secretariat should succeed in realizing, not just the world’s largest economically and socially integrated block, but Africa’s Agenda 2063 vision.